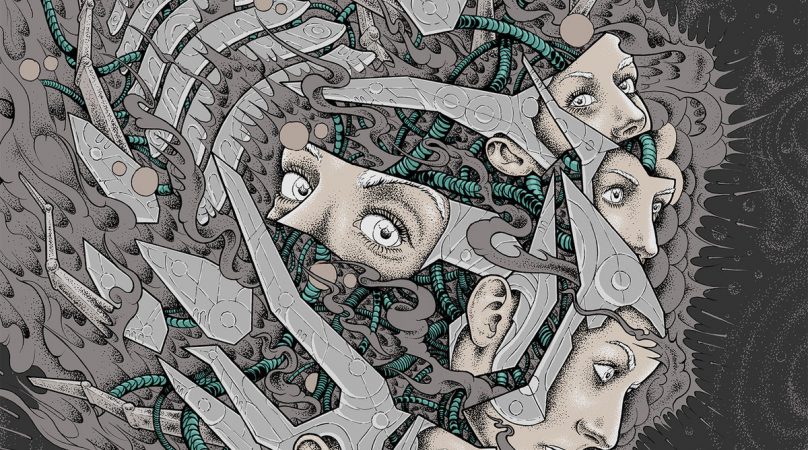 Led by guitarist and vocalist Jimbob Isaac, Welsh heavy-mongers HARK are like the phoenix. Founded by the charismatic frontman on the hot ashes of noise rock unit Taint (who’ve earned their laurels in the underground scene, but never quite made it on a more commercial level), HARK just released their second album Machinations, which follows their underestimated 2014 debut Crystalline.

While it’s easy to drop names to pigeonhole a band’s music, it wouldn’t do justice to the quality of the songwriting involved here. A few proggy sludge and stoner bands inevitably come to mind (and we won’t name them) but again, it would understate HARK’s firepower. The band unleashes such a colossal energy, combining that hardcore aggressiveness driven by Jimbob’s vocals, to those impressive grooves hammered by one hell of a legends-of-Rock-worthy drumming. Having another guitarist on board allows the band to take new directions, without becoming too much of a virtuoso contest.

From “Fortune Favours The Insane” to “The Purge”, the nine tracks segue into each other without any downturn, proving that the final track listing favored quality over quantity. At the end of these 45 minutes, I feel the urge to hear it all over again. Actually, I do it. Push play, go for another 45 minutes of skull-crushing riffs and get back into that contagious energy, making me want to shove people and spread the sonic fury.

Machinations pursues the odyssey initiated on their Mythopeia EP and debut album Crystalline, while blending the finest you’ll hear in this kind of heavy, melodic, technical and goosebump-inducing music, the kind that lets go of you only when the final notes echo. The album complexity may bewilder at first, but as soon as you get into it, the Welsh phoenix reveals one of the biggest releases of early 2017.

(PS : their Hellfest show in 2014 didn’t draw the biggest crowd, despite being an amazing performance where their music took on a unseen dimension… So don’t miss them on their European tour with Conan!)