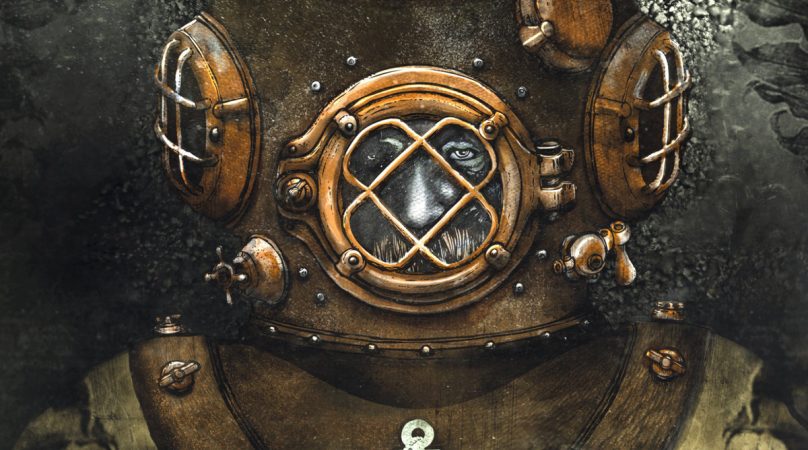 Seaweed definitely deserved a cool-headed reviewing. Finn heavy-mongers DEMONIC DEATH JUDGE‘s third album was released two months ago, and this is exactly the time I needed to review it without being too fired up. Why? Well, mainly to avoid commonplaces such as “a mature album” or “the band’s cornerstone”. Also because, as a fan from the outset (shout out to Stonerbixxx), it’s always been hard for me to remain impartial when such an excellent record comes out.

DEMONIC DEATH JUDGE are barely known here in France, despite being active for eight years now. Blame it on the fact they’ve rarely toured outside of Scandinavia, with the exception of Doomed Gatherings festival in Paris last year. The Finn keep on undermining and winning over the fuzzy scene with an album that establishes their sound for good: thick stoner riffs that sometimes lean toward sludge metal, and vocals (actually, screams) that could easily blow any extreme singer’s mind. DDJ creates deeply ethereal atmospheres without never letting go of the listener, who remains bewitched by a low profile yet highly unparalleled drumming.

Seaweed evokes a world where our environment is on the point of being destroyed. The album opener “Taxbear” is like a buckshot salvo that immediately catches your attention, and explodes like an underwater eruption. This track makes the connection with their wonderful EP Skygods, yet this changeover gives way to a song that is much more stoner-induced, groovy and certainly more accessible for neophytes: “Heavy Chase”.

But DEMONIC DEATH JUDGE‘s sonic strength really reaches maximum levels as soon as eponymous track “Seaweed” kicks in. After a quite aerial intro, the vibe gets dark and stifling, the sound gets heavier regardless of those guitar/bass parts you could easily find in ‘lighter’, fuzzier bands. But vocals are what makes this band stand out: remarkably powerful, this voice coming from the depths of a human abyss grabs you by the guts and carries you away at a groovy pace. The fact that “Seaweed” (the song) reminds me so much of their debut EP Kneel isn’t due to a lack of inspiration from the band: it means that their trademark sound is now well set in my (our) ears. Instrumental track “Cavity” provides a brief breathe of oxygen, before plunging us in a downpour of thunderous riffs (“Backwoods” with its banjo and cowbell) and the trip – ever heard of nitrogen narcosis? – that is “Pure Cold”, “Saturnday” and final track “Peninkulma”.

You’ve got this right: DEMONIC DEATH JUDGE just left their mark on 2017 with an album that is one fine delivery when it comes to greasy, heavy riffage. Seaweed, approved by the Lord.