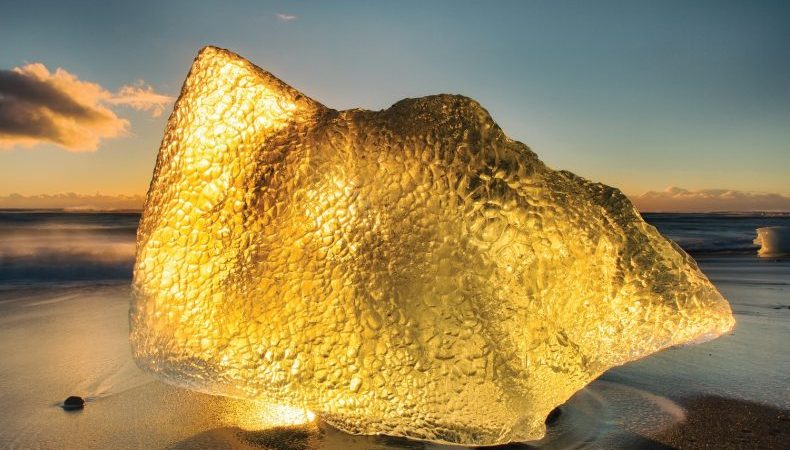 Mike Zarin and Tony Hajjar (At The Drive in) were right. While working at Sencit Music studio on movie and video games soundtracks or promo jingles, they felt like some of these soundscapes would sound much better if played by a band. Multi-instrumentalist Troy Van Leuween – a QOTSA regular since 2002 – would craft the rock framework, yet they still needed a voice for this new project. One phone call to another Troy (Sanders of Mastodon) later, and the band GONE IS GONE is born. Here’s for the people involved.

Don’t get me wrong: this dream team is far from just being a combination of skilled musicians, given their promising start. Obviously, it’s hard not to have QOTSA in mind on some tracks (“Gift”, or the beginning of “Slow Awakening”), and you can’t also avoid recalling some of Mastodon’s vocals when hearing Sanders’ peculiar tone.

Their EP released last summer could have had them labeled as ‘rock UFO’, hence why we expected nothing but a couple of surprises with this first full-length. The first tracks may contain highly powerful melodies, these sonic landscapes undoubtedly remain inspired by the industrial/prog scene.

The band creates its own trademark sound by experimenting with ideas far different from its members’ respective teams – and this is precisely how each one of them proves to be very talented. GONE IS GONE‘s biggest strength is their ability to frame up songs from a trivial element: a sound, a riff that seems innocuous on the outside, then grows and quickly becomes essential… and addictive.

Other ideas just as substantial come to enrich the whole thing, like this hardly-identifiable cover of Portishead’s “Roads” where only Beth Gibbons’ lyrics remain from the original. As a Portishead fan, I really enjoyed the arrangements and rewriting work over what could have been a simple cover. The experimentation may sound like a music class with “Slow Awakening” and its follow-up “Fast Awakening”, for this is actually the same track played at a different pace. Proof that beyond arrangements and soundscapes, speed can also totally change a song’s overall tone.

But I also expected something edgier, given the kind of tracks presented on the EP. In the contrary, the production on this first full-length is thorough and fine to the ear, treating the listener to sheer richness and subtleties. “Echolocation” – a complex but also disconcertingly limpid song –portends the best for a band that cannot be just a side-project on its members’ busy agenda. Let aside any presumption about this band’s resume, and simply enjoy GONE IS GONE.