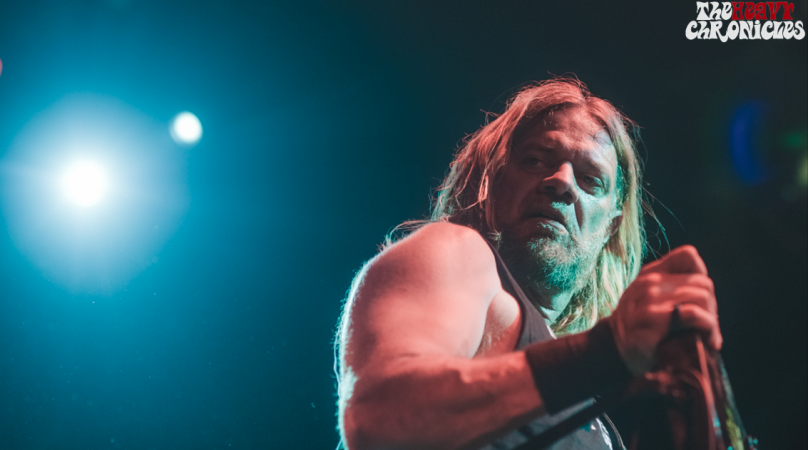 5 years that DESERTFEST LONDON has been treating us to the biggest names of the stoner, doom and heavy scene. 5 years that we all feel at home in this haven called Camden, the Black Heart, Ballroom and with this warm, crazy, lovely metal community we like to call a family. 5 years that we’ve kept betting on who’s next at the fest, but anyway, we’ll be there next year, no matter what. With headliners like Corrosion Of Conformity (the comeback!), Crowbar, Electric Wizard, Russian Circles or Pelican, plus shitloads of other fine international acts, this Desertfest weekend combined all the elements to make us feel elated. So, as we still don’t have the gift of ubiquity, we decided to write this 2016 review with two pairs of hands and four pair of eyes, in order to help you live or relive this supreme edition. Desertfest, purveyor of the greatest riffs and memories since 2012. Happy Birthday. (PHOTOS: Gaël Mathieu & Pierre Le Ruyet / TEXT: Beeho & Mathieu Lubrun)

Friday 29th April, midday sharp. We’ve barely set foot in Greenland Place that a sun-shower-hail-sun welcomes us within less than a minute. Oh London! Our wristbands now solidly tied, we all head to the Underworld to see those who’ve kinda become THC’s mascots since Desertfest 2013: London’s sludge kittens GURT. First nice surprise: the venue is already full. You can feel that the band has been on the rise, but that we also may struggle a bit to access most venues during this sold out Desertfest weekend. Second surprise: the sound is GREAT, even without earplugs on. Conditions are thus favorable to discover their new songs, which are evolving towards a doomier even atmospheric sound. And as a Gurt show wouldn’t be complete without special guests, Gareth invites two local scene heroes in the person of Peter Holland and Dicky King of Trippy Wicked to present “Revolting Child”, a new song taken off the Gurt/Trippy split EP Guppy (drunken brainstorming, guys?). Swampy heavy tunes + some of London’s coolest musicians: what more could we dream of to kick off this 5th anniversary? – Beeho 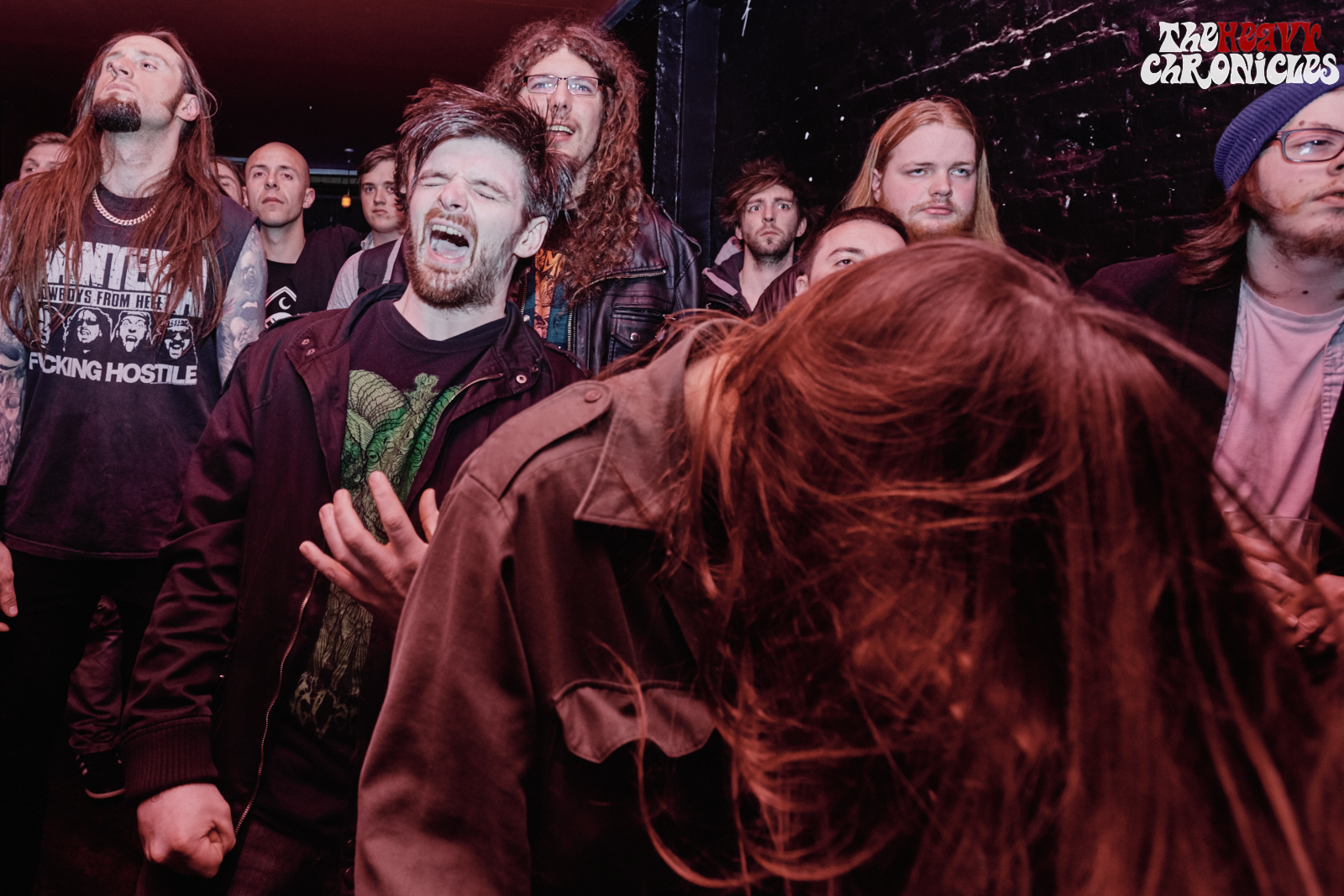 As for me, I kick off this 2016 edition of the Desertfestby discovering EGYPT at the Ballroom. The band is rather unknown for me, but the fact that a friend with good taste was gutted to miss them makes me think that I won’t be wasting my time. And this was an excellent decision indeed, as their mix of psych rock and stoner doesn’t fail to impress me. Surrounded by a yellow light, the band brings the sun into an Electric Ballroom that has gotten warmer by the minute, because of the increasing number of people who are progressively coming in to join the fun. It’s only five o’clock on a Friday, and Desertfest is already a success. On stage however, the drummer seems a bit behind compared to his bandmates, but the blazing guitar solos easily make up for this. It’s also regrettable that the singer switches so much from clean singing to a rougher Crowbar-inspired style, as it tends to irritate my ears after a while. – Mathieu 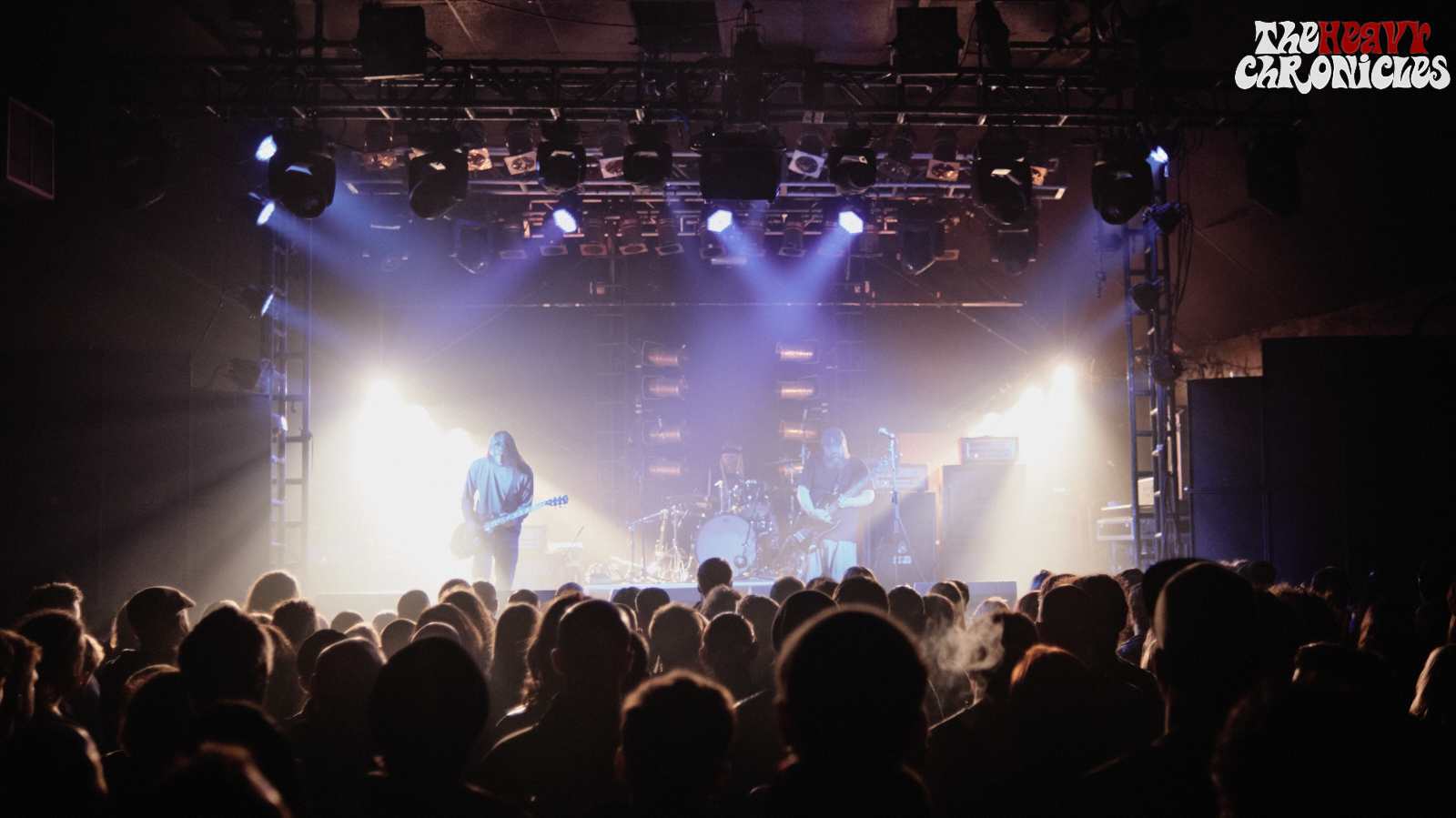 After a trip in the fuzzy valleys of Egypt, it is time for me to see one of the bands I was looking forward to seeing the most this weekend, for 1/ they have gone MIA these past few years, besides sparse Facebook posts, 2/ they are a reference in the European heavy psych scene, with two cornerstone albums released in 2007 and 2010. In a packed Ballroom, Swedish trio ASTEROID treat us to a real moment of grace for about an hour. With their enchanting melodies combined to a super smooth rhythm section, I’m happy to see that the band is just as classy on stage than they are on album (a bit like “Graveyard before Graveyard”, as an anonymous source will later tell me), thanks to a goosebump-inducing Robin Hirse/Johannes Nilsson vocal power duo. The audience is so thrilled that an encore is required, despite a super tight schedule. This great comeback of Asteroid at Desertfest filled us with emotion, and given the wide smile on the musicians’ faces, we’re not the only ones to be on cloud nine… – Beeho 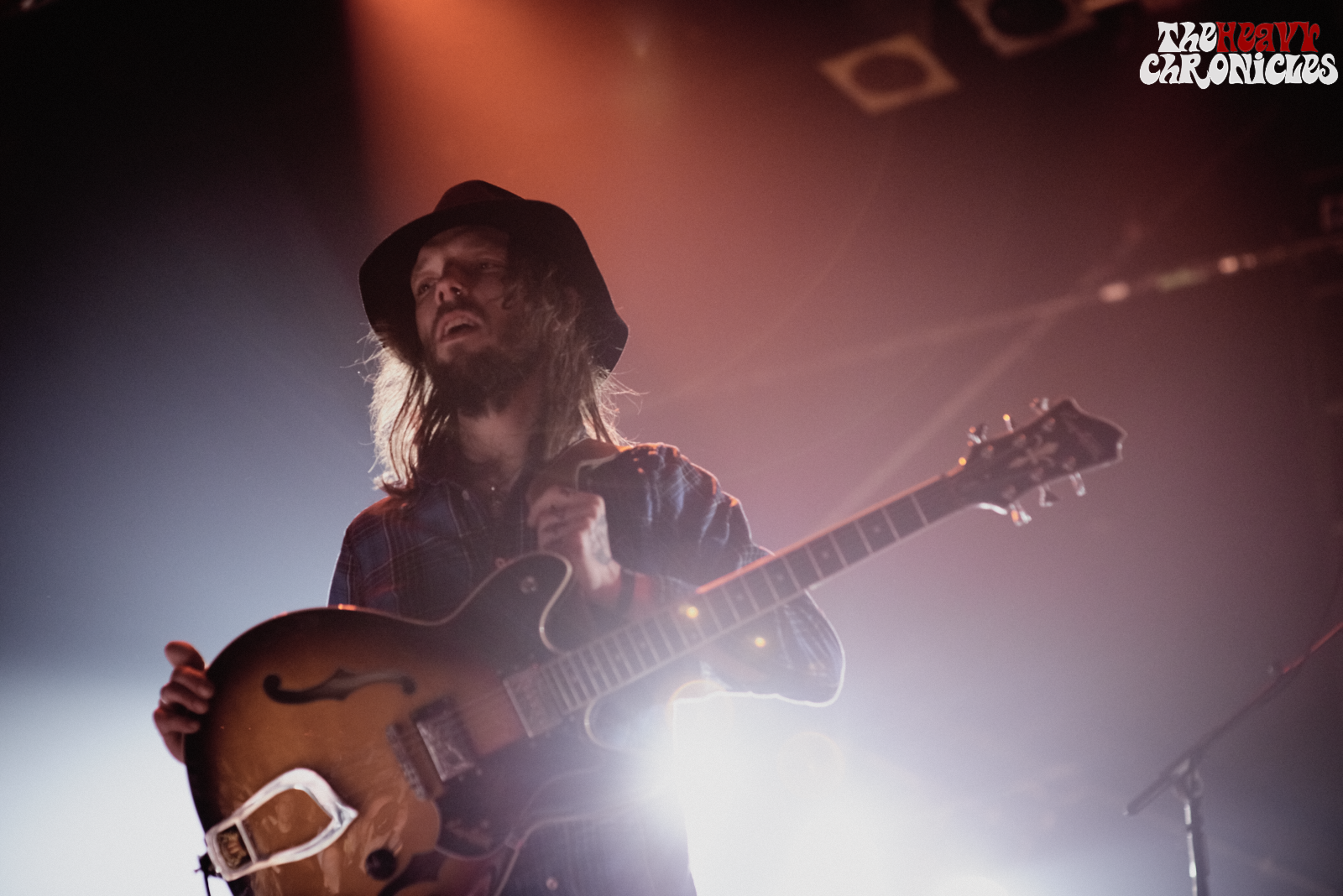 My instinct drives me to the Underworld for RAGING SPEEDHORN. As soon as I go down the stairs of  the Underworld, the main riff of “Iron Cobra” makes me uncontrollably headbang and heavily growl the lyrics while going past the bar. The merch people are also cutting loose, which I salute with some horns. The reformation of Raging Speedhorn is a prodigal son story for the English sludge scene, something that no one was expecting but that everyone welcomed with open arms. Despite having played here a few months ago and being scheduled to play again soon, a large crowd has come to witness the rebirth of the Horn. Thick riffs and a hardcore rhythm section make the heads nod, with a setlist only made of songs from their first two albums – the best ones – with a bonus song from their forthcoming album. “Knives And Faces”, “The Gush”, “Fuck The Voodoo Man”, “High Whore”: nothing unusual here, but always enjoyable. 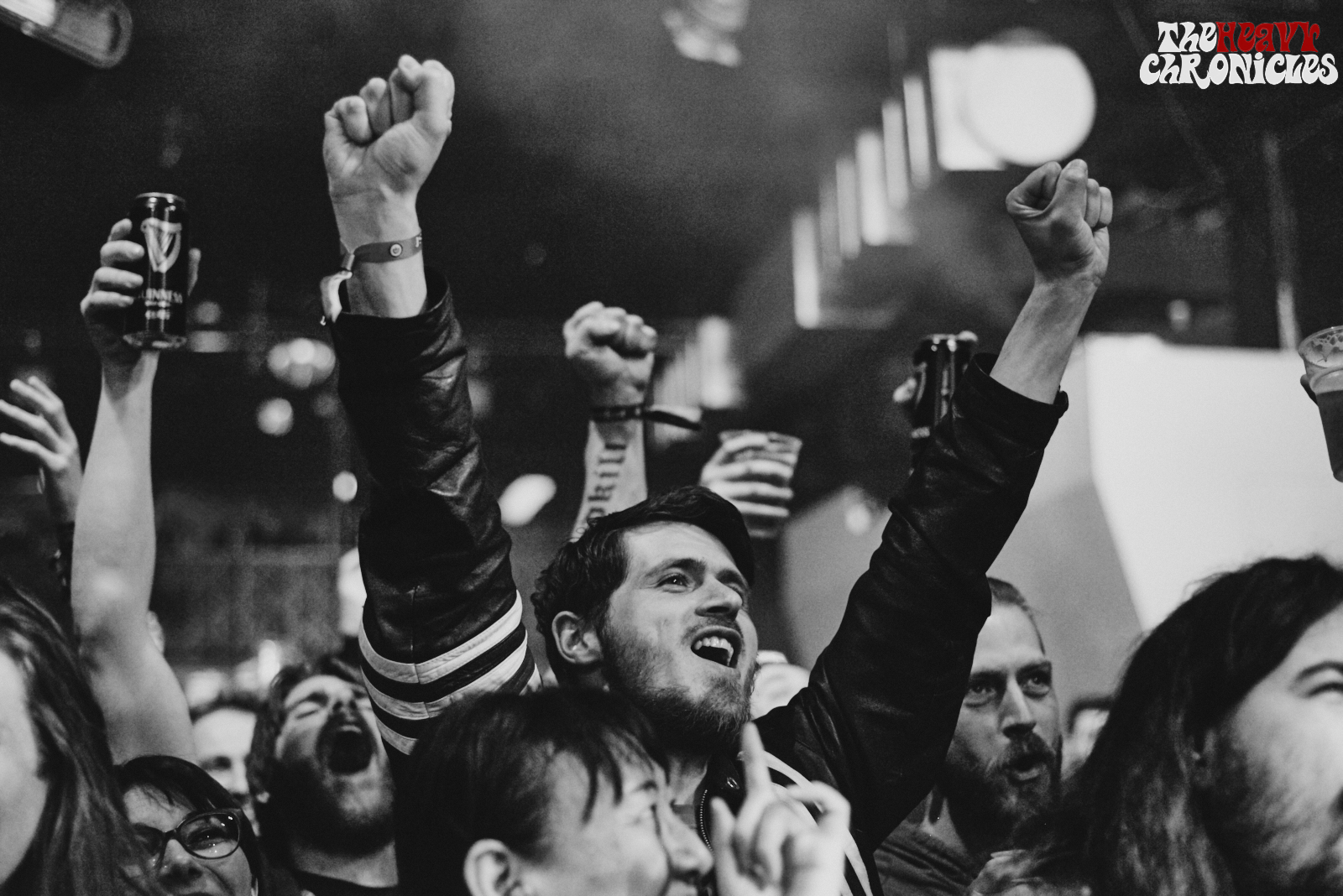 Once the show is over, it’s time to go back to the Electric Ballroom where the growing Desertfest audience is particularly noticeable for CROWBAR. Sadly, the packed pit makes the experience less enjoyable. Add to this a completely identical intro to their show at the Garage two years ago, and I quickly get the impression to see a machine on auto-pilot rather than a band playing. It’s regrettable as I don’t usually have a problem with the New Orleans’ sludgemeisters, but this time I just can’t get into the performance. Nonetheless, the satisfying sound remains a permanent feature of the festival. But when the fire is not here, the sound quality can’t prevent a ship from sinking. – Mathieu 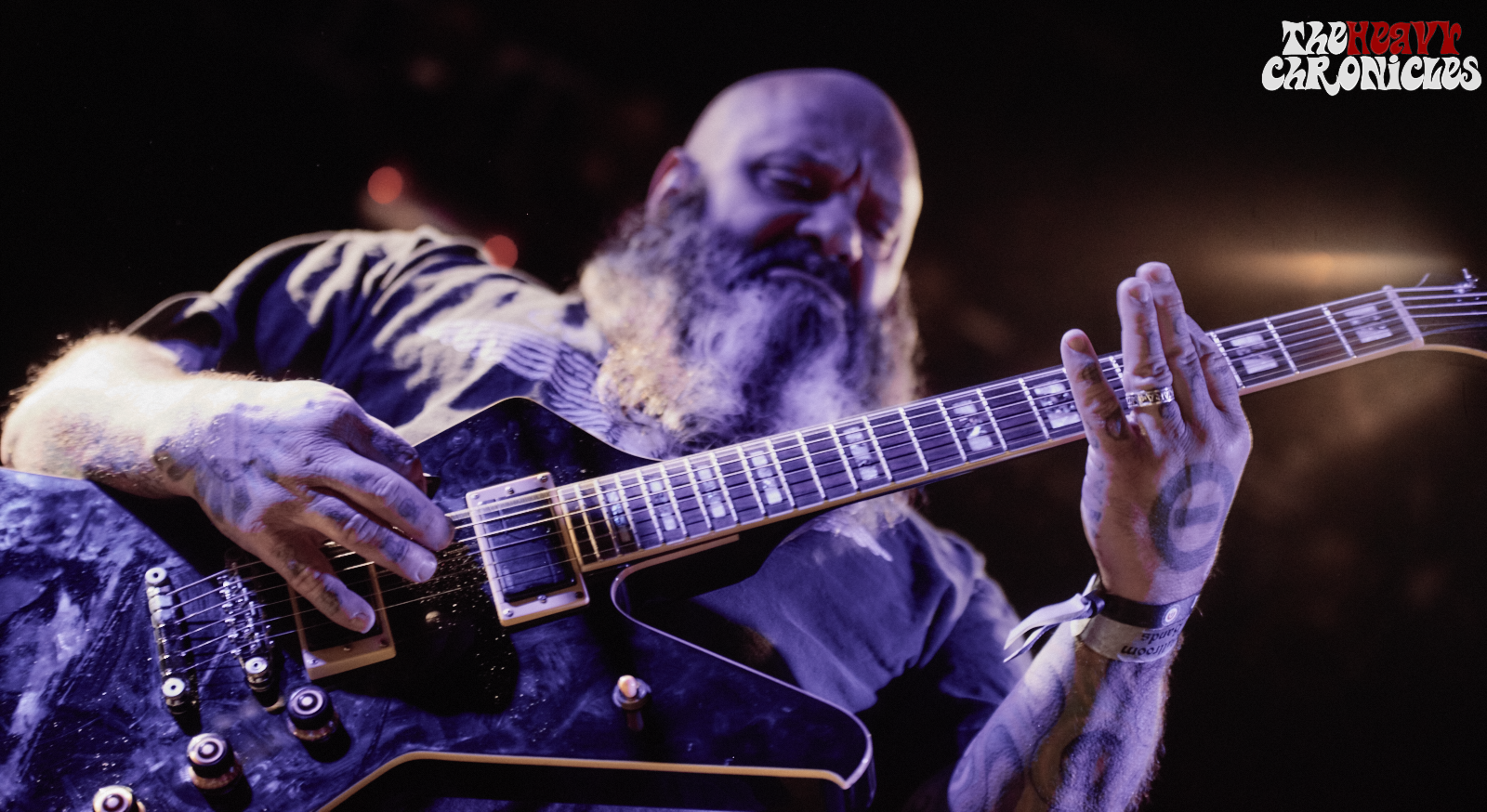 After having indulged to the first falafel of the weekend, we calmly head back to the Ballroom for CORROSION OF CONFORMITY. Once at the barrier, I think “finally, we’re here”: C.O.C sign their long long-awaited comeback at Desertfest tonight, after they baptized the very first edition in 2012 with the “Deliverance” lineup and my idol – okay, absolute hero – Pepper Keenan. In the dark, Reed Mullin, Mike Dean, Pepper Keenan then Woodroe Weatherman get on stage. The loud bass tone of “Bottom Feeder” starts the hostilities, after what we get treated to the classic anthems of Wiseblood, Deliverance as well as a few gems from America’s Volume Dealer… all delivered with the same energy as in the band’s golden era. Aside from a few wrinkles and grey hair, it feels just like the band hasn’t aged in 15 years: you can feel the fun on stage, and this undeniable bond between the four musicians that makes the show just as exciting as in my memories of the “Live Volume” DVD. Woody’s constant smile is just another proof of the great time the boys are having tonight. After an unanimous recall, the band introduces “Vote With A Bullet” with a special shout out to Donald Trump… 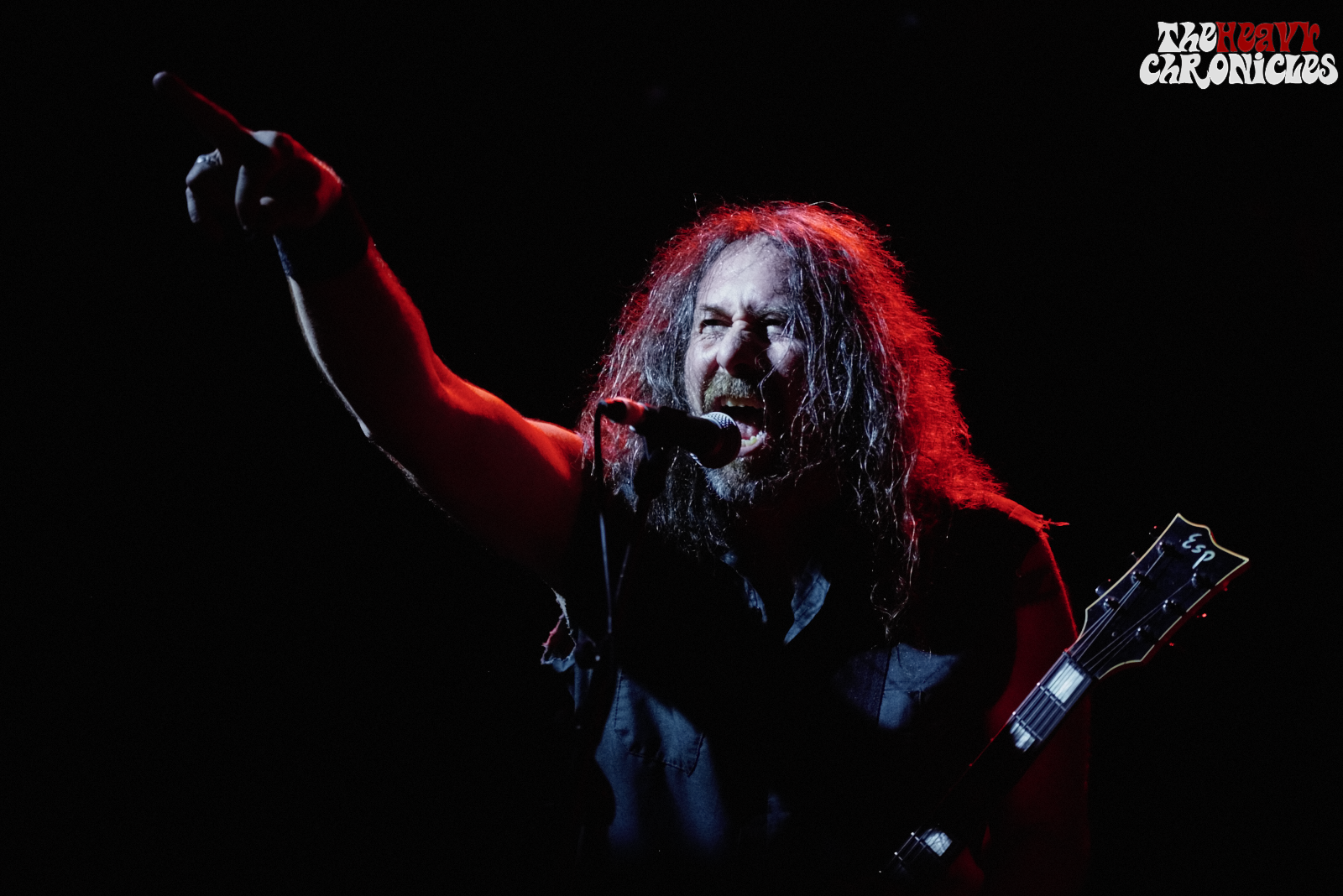 Half of their all-time banger “Clean My Wounds” has now passed, then the band plunges right into one of these groovy jams of theirs, blowing minds during five minutes thanks to a solid dub/reggae rhythm base (Reed Mullin, dude, you have my eternal respect) that inspires Pepper and Woody the trippiest guitar impros. Even the security guys can’t help but discreetly tapping the rhythm on their thighs. Front row, we’re like kids on Christmas day. “I geeeeet doooooowwwwn!“… Damn, it’s the end. Far from a hasty performance on auto-pilot, Corrosion offered us one hour and a half of an intensely altruist musical moment, like only the greatest bands can do. Right on. – Beeho