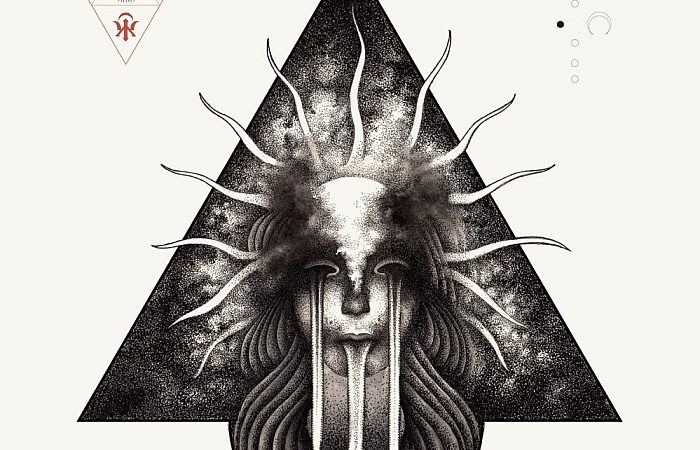 After fifteen years of career, KYLESA has become one of these bands for whom each new album is a musical event. First, because the band is at the forefront of southern sludge. Second, because its two masterminds Laura Pleasants and Philip Cope got into the habit to alter the band’s sound from one album to the other.

As sole masters on board, the two Savannah cats can be lionised* for daring to repeatedly change the line-up to fit the kind of music they have in mind. After three albums with five members including two drummers/percussionists (Time Will Fuse Its Worth, Static Tensions, Spiral Shadow) and one album as a quartet using several guests (Ultraviolet), Pleasants and Cope decided to record Exhausting Fire as a trio with drummer Carl McGinley, even though Jay Matheson holds the bass on seven of the album’s ten tracks.

For anyone worried that a smaller line-up would negatively impact Kylesa’s massive sound, first song “Crusher” shows just the opposite. If you were, for example, listening to the last Carla Bruni album before spinning Exhausting Fire (it’s okay, we don’t judge you), you could end up with some serious tinnitus because of the wall of saturation that opens the album. Once you recover from the initial blast, it will dawn on you that no other albums from KYLESA has been as well written and as well produced.

Sure, one can regret the raw and chaotic energy deployed by the amazing Static Tensions, but we’ve got to admit that having fewer musicians in the studio gave Laura Pleasants and Philip Cope much more control over the songwriting and production. This is blatant in a song like “Moving Day” where the richness of the arrangements never clouds the deep melancholia of the lyrics and vocals. In a similar fashion, paying greater attention to the songwriting allowed the band to wander through different styles with a singular ease. “Growing Roots” dissonances may be pleasingly hard on our ears but they never threaten the song’s structure. On “Blood Moon”, the band even dares to borrow some riffs from Mastodon’s Crack The Skye era, yet it still sounds like a Kylesa song. In “Falling”, we explore another aspect of Kylesa: a band made of some serious Pink Floyd fans – and once again, we don’t judge. If each track shows some qualities on its own, it’s indubitably “Shaping The Southern Sky” which stands out, ready to join the band’s other classics such as “Scapegoat”, “Tired Climb” ou “Hollow Severer”.

In the end, Exhausting Fire corrects some of Ultraviolet’s mistakes, as it finds the right balance between a tight-knit songwriting and a wide and rich production. As such, it embodies perfectly the band’s new identity. After the controlled chaos of the Static Tensions/Spiral Shadow era, Laura Pleasants and Philip Cope open a new phase for KYLESA. It’s hard to say what the future holds for the band, but if last track “Out Of My Mind” is any indication whatsoever, we can safely say that they’ll keep on releasing some stuff of the same Kylety**.

* Beware! This writer will never shy away from a bad pun.
** Told you so! About the Author: Aurelien Noyer

Kind-of writer for The Heavy Chronicles, when he's not listening to something else. His life will be complete when Leonard Cohen records an album with Om.