ROADBURN fans will rejoice hearing that one: for the first time in 7 years, the festival has put on sale day tickets for the 2015 edition of the festival. Because the biggest heavy/alternative gatherings in Europe attracts a wider range of people every year, and the promoters want to allow everyone to come and celebrate the Roadburn’s 20th anniversary, whether it’s for one day or a full weekend. So yeah, here’s all the useful infos you’ll need to join the Roadburn mass in 2015.

The twentieth edition of Roadburn Festival will be headlined by Fields of the Nephilim, and will also see a special show by Enslaved and Wardruna performing “Skuggsjá”. artists in residence (The Heads, Anathema) performing their career-spanning “Resonance” set, plus performances from the likes of Eyehategod, Floor, Messenger, Wovenhand, Bongripper, Russian Circles, White Hills, Salem’s Pot, Monolord, Ken Mode and dozens more, who will be announced in the next few weeks. 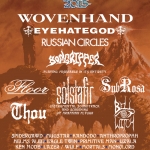 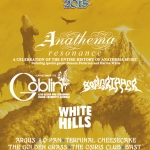 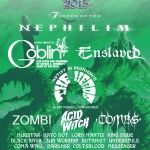 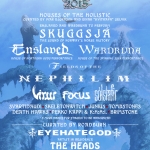