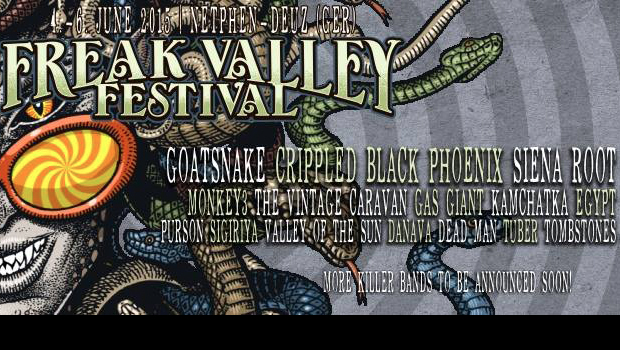 Buoyed by the success of the last edition, Germany’s outdoor festival FREAK VALLEY FESTIVAL has already won over a big part of the European heavy/psych/stoner community, thanks to an atmosphere worthy of Woodstock, and an über classy selection of international rock bands. The festival just announced a part of their 2015 lineup, which is quite promising. Anyone fancies a trip to Siegen this June?