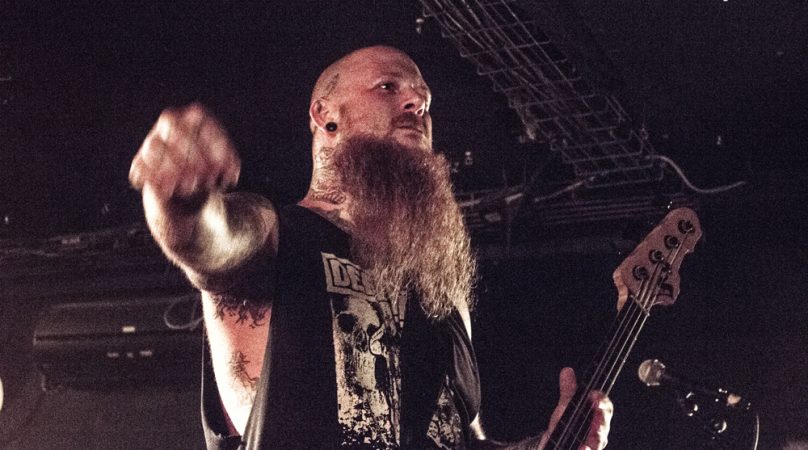 This is with a lump in my throat that I’m writing these lines. When I heard of his motorcycle accident last night, I didn’t want to believe it. JONATHAN ATHON played bass in Savannah’s sludge trio Black Tusk, he was that big bloke you couldn’t take your eyes off on stage, always smiling like a kid while throwing the most dangerous grooves at your delighted faces. All those who met him know what a beautiful soul, what a nice guy he was. Condolences goes to his brothers in arms Andrew Fidler, James May and all his loved ones. Rest in peace Athon.

“It is with deep regret and saddened hearts that we must tell you that Athon passed away this morning from injuries sustained from his motorcycle accident. Doctors told us that he suffered irreparable brain damage shortly after the accident. He has been in a coma and sustained by life support until now. As per his wishes, we removed Athon from his life support systems and his organs will be donated. His body will be cremated and a memorial is being planned for family and friends in Savannah. He was 32 years old and will be forever missed. Thank you all for your support during this devastating time for us, it would have made him proud.“