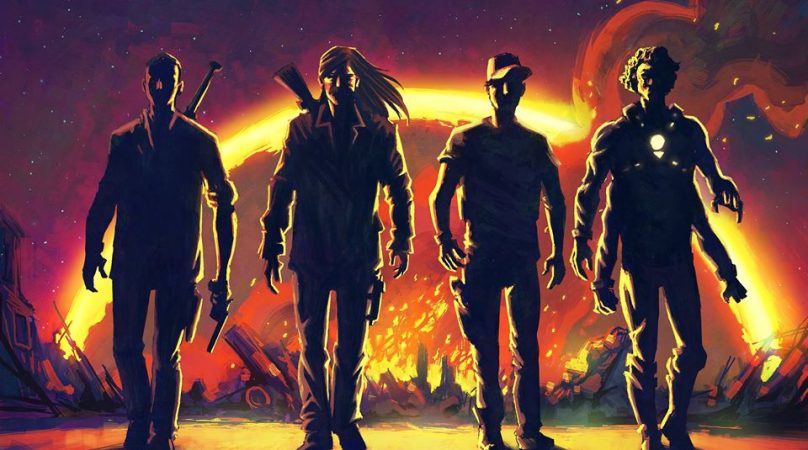 In the best STEAK tradition, an album release is always synonymous of one hell of a rock party. I mean, they are not London’s “stoner mayors” for nothing. THC looks back on the “Slab City” release show at the Borderline, starring two very special guests in the person of Greenleaf and Sedulus. On this special night, shitloads of protein, fat, fuzz, beer and good vibes were had… The key to a successful Steak party! (Photos: John White)

On this quite warm summer evening in London (21°C or the equivalent of a heatwave for my British friends), dozens of regulars are already merrily sipping a Red Stripe at Crobar – one of the city’s most emblematic metal bars, which is also semi-attached to the Borderline. Tonight, the local stoner rock community came to celebrate the release of Steak’s debut album “Slab City”, which was released on renowned European label Napalm Records. This album really deserves your attention if you dig genuine desert rock, not only for it was recorded and produced right in the middle of cactuses and coyotes in Palm Springs, but also because some of the most iconic artists of this scene brought their touch to the record: John Garcia and his burning vocals on “Pisser”, Unida’s guitar genius Arthur Seay and his relentless shredding on “Hanoid”, and emblematic producer and sound engineer Harper Hug as the master of all operations. And I have to admit that after the huge disappointment caused by his work on Vista Chino’s album (which I consider as the “St. Anger” of desert rock), I was afraid of the result on Steak’s record. In the end, “Slab City” have a very round and warm sound, probably the best sound Steak has ever benefited on any of their recordings. Check out their new video “Rising” to form an opinion. Now let’s get back to that release party… 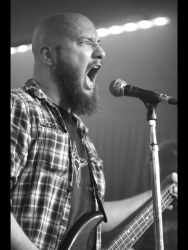 When I enter The Borderline, local band Sedulus just kicked off on stage. I love Sedulus. They have this little undefinable yet very delightful something-something that makes them unique among the plethora of British heavy/stoner/doom outfits. In front of a dispersed crowd, the band offers a fine stoner rock sprinkled with trippy ambient moments (the Tool-goes-on-a-magic-carpet-trip kind) and rare but really powerful vocals. Minute after minute, Sedulus are wrapping us into a warm cocoon, from which we only get pulled out when some sonic storms break out. Sedulus treat us to a hypnotic odyssey into which you’d hardly not embark. 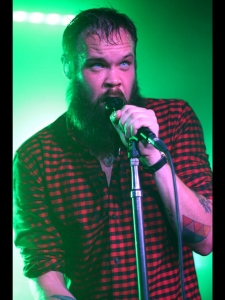 Now that Greenleaf‘s turn has come, excitement is palpable in the room. Backed by fifteen years of existence, a lineup that has evolved around Sweden’s finest heavy rock vocalists, and most of all, an EXCELLENT new album (lovingly reviewed in these pages), it is undeniable that Steak indulged in a five stars opening act tonight! Greenleaf cut to the chase with their thundering opening song “Our Mother Ash”. Holy shit. It doesn’t take me more than one minute to get absolutely mind-blown by the four heavy rockers. With legendary guitarist Tommi Hollappa delivering blazing hot solos with so much genius that we’re all like “this guy is insane!”, iceberg blue-eyed frontman Arvid Jonsson bringing on the perfect dose of ardor and emotion on vocals (excuse me while I can’t help but comparing this awesome fella to Neil Fallon in terms of charisma), while groove is reaching maximum levels thanks to a killer rhythm section… the band sets the bar high, really high. I think no one expected to get awestruck this way. The bliss provided by this super punchy performance along with an increasing amount of Bud/Stella/whatever in everyone’s blood, results in an ecstatic first row. Dammit, that was one hell of a warm up! 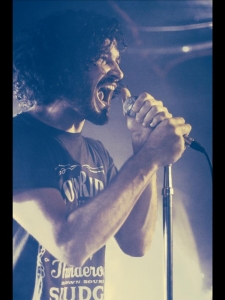 When local heroes Steak arrive, we’re all ready. Ready like boozed-up fighting cocks. Finely ready to be fully stuffed with fuzz. Oh you get the idea. The foursome hits the stage in the dark with this brand new confidence of their, perfectly embodying the four badasses of the “Slab City” artwork. What comes afterwards is an avalanche of dark and fuzzed-out riffs, thick grooves and frantic drumming, led by a frontman on top of his form (and so is his afro!). Carried away by the surrounding craziness and my desperate attempts to take shitty pictures, I let my iPhone leap out of my hands (crowdsurfing, Apple style)… After a brief moment of panic and a couple of minutes spent scanning the floor in vain, I rush back into the pit and let the God of Headbanging take hold of me. In the meantime, the God of Clean Floors himself takes hold of one of my buddies, whom get his head covered with a “Caution Wet Floor” cone by Steak’s vocalist Kippa: yet another priceless WTF moment. The band keeps on kicking butts with their heavy desert rock tunes, while us fools in the pit just turned into the North Stand of a football stadium, the stoner way. Oh yeah, the Steaks are defo getting some love tonight! The end of the gig remains quite blurry for yours truly (the beer + cleared out phone + intense headbanging equation…), but my body will feel the after-effect for at least 48 hours, “sore as hell” becoming an understatement. This release party was the bollocks, judging by all the dumb smiles, autographed LPs and spilled beer – not to mention the usual afterparty at Crobar until dawn. Can’t wait to meet the four fuzzy basterds on tour with John Garcia this fall! MEEAAATYYYYYY! 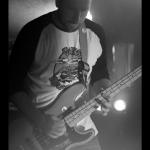 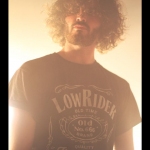 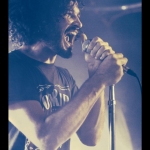 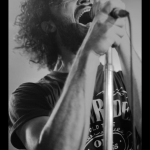 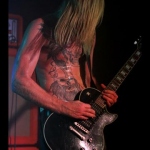 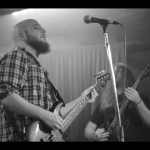 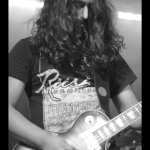 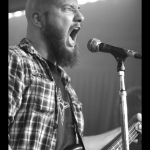 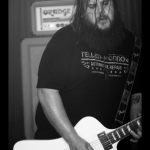 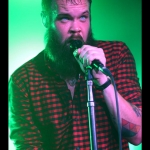 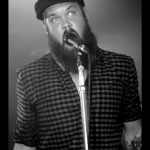