The Quietus to curate a stage at DESERTFEST LONDON 2014 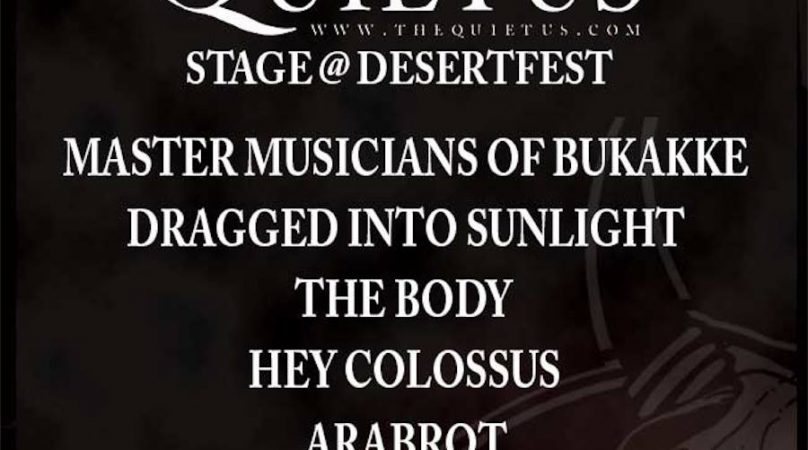 DRAGGED INTO SUNLIGHT are probably one of the most subversive and unfathomable bands in the UK extreme metal scene. Like some sort of Dr Jekyll of doom, they sometimes like to mix that crushing heaviness and slowness with black and death metal. A powerful blend that you wouldn’t like to combine with loads of Guinness…

Guitarist Chip King and drummer Lee Bufford are THE BODY, and once you have listened to their psyche-fracturing extreme metal/harsh wall noise hybrid, you will probably conclude that they are probably not named in tribute to Elle MacPherson.

Hey Colossus reimagine the West Country as the Lone Star State, bringing everything from the //Texas Chainsaw Massacre//, the Butthole Surfers, Scratch Acid and ZZ Top much closer to Exeter than it ever was before.

In the band’s own words SLABDRAGGER are “Sam Thredder playing guitar & vocals, Yusuf Tary playing bass and yelling down the other microphone whilst Matt Byrne hits the drums with fucking baseball bats. Sludge as fuck.”