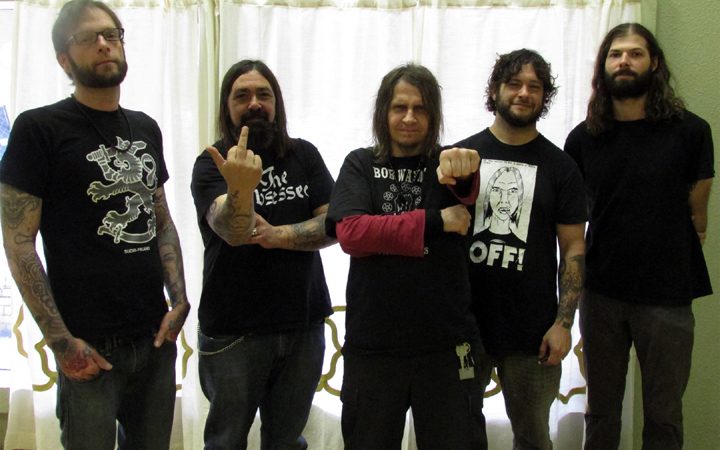 Here’s what the statement says: “Hill will play his first official show with EYEHATEGOD tonight at the world famous House of Shock with horror surf band The Unnaturals. From there, the band will ride on to take Columbus’ Al Rosa Villa on November 1st and bring things to a chaotic close with two back-to-back nights of mischief at Chicago’s Cobra Lounge November 2nd and 3rd. Later next month, EYEHATEGOD will stomp their way through Brooklyn, New York, West Chester, Pennsylvania and Quincy, Massachusetts with additional live takeovers to be announced in the weeks to come.

The ever elusive new LP is moving closer to release with mixes being done by renowned sound wizard Sanford Parker as we speak.“

Happy to see the band has managed to move forward, and got back in the saddle pretty quickly. My thoughts are however going to Joey and all the people who got, like me, terribly shocked by his death. R.I.P Joey.

The Quietus to curate a stage at DESERTFEST LONDON 2014