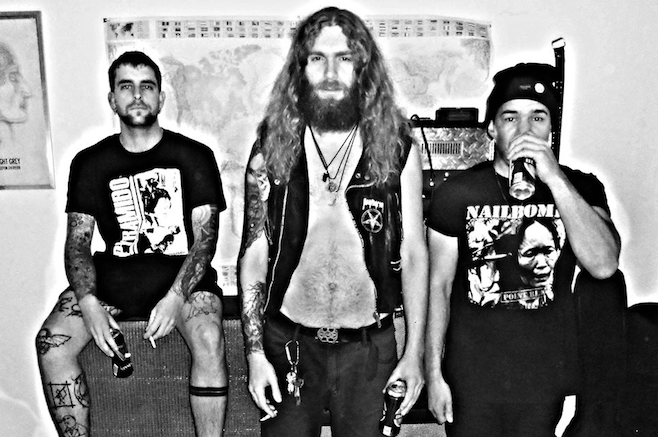 Two very cool bands were just added to the DESERTFEST LONDON 2014 lineup. Two bands who have pretty much nothing to do with each other, musically speaking, and who’ll provide you very different sensations: get yourself ready for a major trippy with Swiss instrumentalists MONKEY 3, then get a brutal punch in the neck with British punk thrashers WAR WOLF. Oh yeah, to top it off, the “Live In London” vinyl is now available for pre-order. If you didn’t know what to get for X-Mas…

Hailing from England’s South coast WAR WOLF are a beastily heavy 3-piece whose credentials speak firmly for themselves, (being two-thirds ex-Dopefight, one third Sea Bastard / ex-Jovian).

A Desertfest scoop and a special treat for those who like space-prog excursions and epic post-rock instrumentals; Monkey3 have been swinging for over a decade – a well-kept Swiss secret. Limited edition vinyl “Live In London” (recorded during Desertfest London 2013). Out in December 2013. Artwork by Schoph.