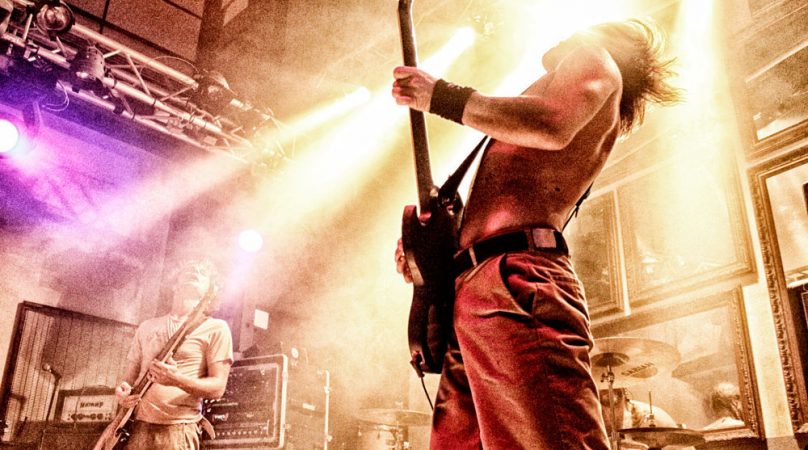 When Sweden descends upon South West of France, especially when it’s about underground legends called  TRUCKFIGHTERS, you don’t hesitate to drive a couple of hours to attend THE event. Freshly arrived from their hometown Orebrö, the Swedish desert rock band played a heavy performance at le Saint des Seins in Toulouse (France) that was beyond all expectations. With sludge and grunge opening bands from Toulouse, the local audience had one more reason to rejoice. Ok, let’s get our asses kicked by these Nordic truckers !

The night starts with an interview of TRUCKFIGHTERS at the venue : I join Dango and McKenzie for dinner and ask the two men a few questions, until the discussion drifts towards not-so-nostalgic memories of Nirvana gigs… After this short but hearty moment, I go downstairs to check the atmosphere. It’s happy hours at the bar, and the playlist is already setting up the mood with some great stoner hits from Red Fang, Clutch, Red Fang, eeeeh… Clutch. Ah, I hear some Queens Of The Stone Age ! Didn’t you get it ? Tonight, we’re getting STONERIZED, man ! 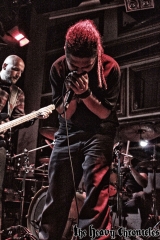 Only a few seconds has passed, and SLURM is already blowing up the Db meter, hell yes. SLURM is a sludge band, but not the Weedeater-stoned type of band, nope. They’re most the “get-your-face-crushed-with-gravel-and-if-it-hurts-it’s-any-better” type you have to deal with. Their performance is fucking heavy, and it’s quite obvious that their music is influenced by Down in every way. The groove is the same, the riffs are echoing many of NOLA band’s hit singles, and the singer’s voice sounds so much like Anselmo’s, you’d be fooled with it. However : the band plays loud and heavy, and the crowd is taking advantage by enjoying the gig and swaying back and forth like autistics under influence.  Honestly, the night has started in the best conditions ever ! 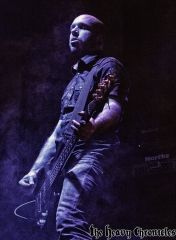 Two pints of beers and a few Red Fang songs later, WONDERBAR gets on stage. These ones are also from the “Pink City”, but they definitely don’t belong to the same music family as their predecessors. Forget about angsty rednecks, because these fellas play some kind of 00’s alternative metal, sometimes enlightened by Foo Fighters-esque punchy rock riffs. Once again, there’s no loss in the sound, which brings out the band’s heaviness. While Slurm did impose their darkness to the whole neighborhood, Wonderbar’s heavy rock is way more affordable… as a result, my attention decreases a little bit, but let’s say it’s mainly because of the cheap beer.

Le Saint des Seins is pretty busy now, and Toulouse’s audience (who is known to be very curious and open-minded) didn’t deny itself, watching each one of the bands with great attention. The whole venue is buzzing, Truckfighters’ merch table is now overwhelmed with provident fans, and beer is flowing at the bar… 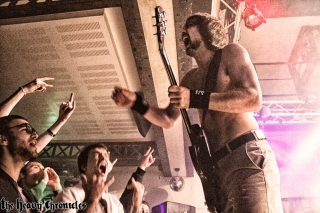 Huuuuuustle ! I mean : TRUCKFIGHTERS is about to play, you know ? Is there someone in this world who’s not aware yet of this band’s greatness, someone who doesn’t know how good it feels to attend one of their gigs ? Well obviously, everyone here is aware of that : people are crowding around the stage while the drummer is doing his last soundcheck (that’s the moment when he decides to blast a fucking ace beat, just like that). The gig starts on “Desert Cruiser”, but our favorite guitarist encounters some technical issues. The rest of the band is left with no option but jamming, until he would fix his 6-strings. The sound is awesome, and standing half a meter away from Dango who’s gamboling like a lamb while McKenzie is killing his drums with style and care… is priceless ! 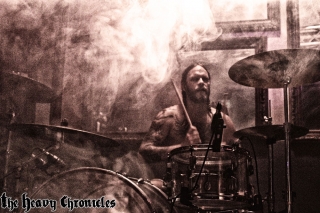 The first rows are 200% testosteroned, and I would have hit the floor many times if I hadn’t nudged these dudes. Rough and tough, y’know ? Anyway, you have to acknowledge that TRUCKFIGHTERS doesn’t only play feral stoner rock : they also leave some room for mellower tracks. It’s time to have a break from all the fuzziness and fully enjoy Ozo’s voice. There’s even a fan right behind me who’s having a go at glam rock singing : no doubt he’s really into it, so as the rest of us ! For an hour, our world is made of fuzz at its highest volume and happiness dripping on the floor. Ozo can’t help cheering the crowd between each track, Dango is even swallowed up in the crowd, and McKenzie stands up a few times to cheer the fans : yep, contact has been cleared made between the band and its enthusiastic audience. It’s almost time for the encore, so the band comes full circle by playing their emblematic track “Desert Cruiser”. They go off the stage under a well deserved ovation.

It’s a no brainer : the promoter NOISER did set things right tonight. Not only we had the opportunity to attend the ONLY southern date of the band, but this venue was also the perfect place to enjoy the trio’s energetic show. To be honest, I think they were so well welcomed (both by the audience and promoter) that they would probably come by soon.

Don’t miss them on the road, they’ll play a few more dates in France, then England with Steak, and heading North to Germany in mid-December. 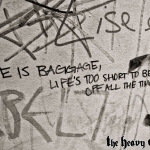 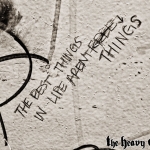 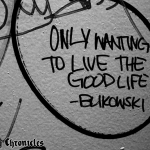 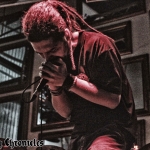 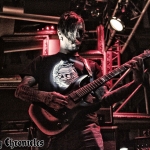 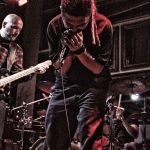 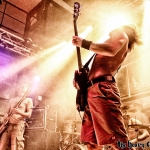 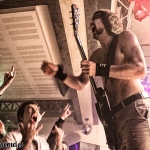 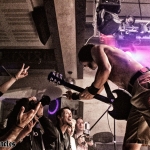 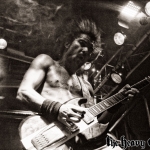 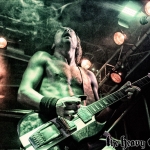 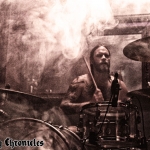 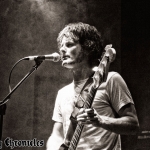 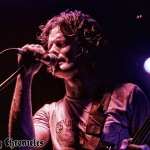 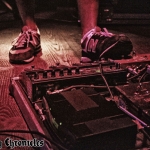 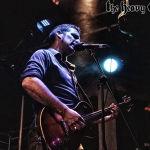 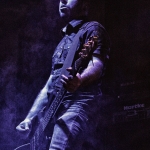 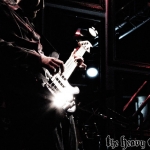