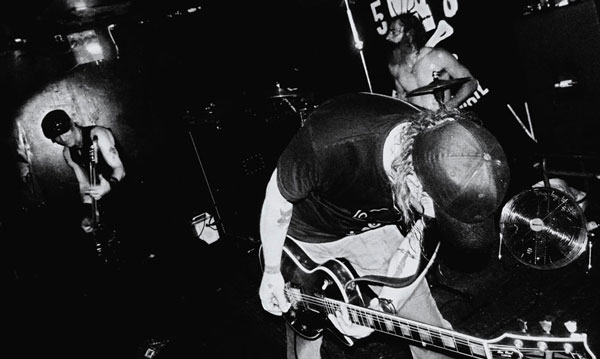 It was their first time in my dear hometown : yes, I’ve been waiting forever, but KARMA TO BURN finally played in Bordeaux. If you read this blog, you know that I also attended their monstrous gig in Paris one month ago : it was hot and sweaty, the crowd was hectic. So, my people had to prove to be as hardcore as Parisians can be, if not more. I won’t spoil the pleasure by telling you how all this ended… (Photos : Room72.net)

Heretic Club in Bordeaux is definitely one of my favorite venues, because it’s small enough to have that homelike atmosphere, big enough to host really cool bands from all over the globe, and last but not least, it has one of the most passionate and diehard crew I’ve seen around. They know what they do, they like what they do, and that’s why we have the chance to see KTB live tonight in Bordeaux. Ok let’s skip to the performances.

First band to open the night : WAKE THE DEAD. You couldn’t have picked a better name, guys. They’re young, they’re hectic, they play Hardcore. The sound is quite cool, but some might know I’m not a huge fan of those pig-squeals that characterize many hardcore bands. I’m staring at the stage, waiting for something, wait, nothing happens. Ok, let’s skip to the next band (I’ve heard they’re quite appreciated here below, so all my hopes are resting on you, MUTE from Canada ! 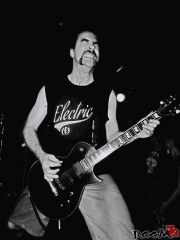 After a cold beer and quite a long pause, I go back to the “crypt” where MUTE has already started to play, and it’s really a pain in the ass to reach the stage, given that the crowd is now fully-packed in the venue. Anyway, the air is fucking electric right now and my ears are filled with some wicked punk rock, which I would easily recommend to anyone who’s into skate punk rock bands, ’cause that’s what MUTE projects. The sound is great, catchy and punchy, the drummer/guitarist voice duo gives an unfailing energy to the whole thing, besides they are really sweet guys (and they’re Canadian, which I didn’t know until I heard this typical but lovely accent of their). Man, I love it. Oh and did I mention half of the band members have trucker ‘staches, as well as a handful of hardcore fans in the front row ? If that detail isn’t epic, well I dunno…

This was a hell of a warm up, but now we’re going in Hell. The Karma, the fluids, the whole shit is about to burn tonight. The Judgement Day has come. The venue is so empty it’s impossible to turn back. But I don’t want to turn back, so I get my ass on the side of the stage (the only place where I can remain safe) and I wait, as well as the 200 something people here. Waiting, whistling, screaming, everyone is steady for the heavy heavy invasion. When KARMA TO BURN dudes get on stage and start the set with “Eight”, the reactions are instantaneous and the crowd starts to push, mosh and headbang as if their lives were depending on that crazy devotion to the trio’s music. I don’t know how Will, Rich and Rob can play in such darkness, but hell they do (for the first time in my life I hear them play a few wrong notes, but we can’t really hold it against them right now). Hit songs, sweat, hit songs, screams, hit songs, stagedivers… This is the craziest crowd I’ve seen so far in my town, and I’m pretty sure the band is flipping out, haha ! Some people have nearly died on the front row, litterally ! The encore drives us even more hectic, everyone acts like it’s his last 10 minutes on Earth…

End of the gig, after a few necessary cold drinks, I randomly meet Rob outside and share a nice moment with one of the coolest dude I’ve met so far. Such a generous, genuine and forthcoming man. Well, they’re all really nice men actually, in their own way ! They ooze  sincerity, which is also a powerful feature of their music. And as devoted their fans can be, the band definitely gets even with them. I love these guys, this is a sincere statement, which I hope, would convince you to attend one of their shows sooner or later. Cheers fuckers. 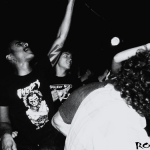 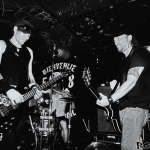 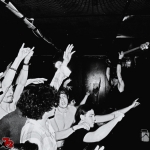 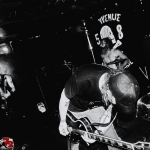 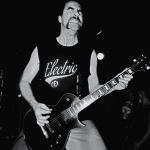 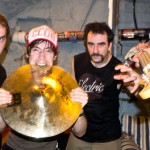 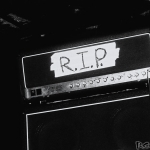 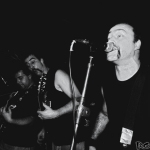 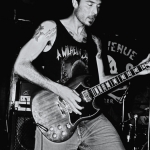 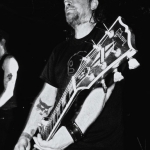