If you need to pump up your stoner playlist then this is the right selection. Let me serve you super hot & heavy riffage with some psychedelic madness, some greasy stoned tribulations, some sludgy muddy neurosis… The perfect T.H.C playlist to end summer with groove and energy. Right on ! 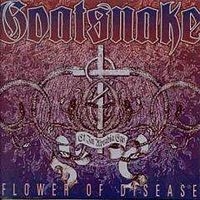 Let’s begin with a band who definitely observes the deep meaning of the word “stoner”. Digging a super-high state of mind straight out of the harsh 70’s, “Flower Of Disease” is the perfect demonstration of a heavy profusion of smokey riffs melted into the devil’s decadent blues. Like the band went crossroads, asked for the perfect rock recipe, and obtained it directly from the Devil’s hand. For free. Dark, doomy, already self-sufficient, GOATSNAKE’s music is spiced up by Pete Stahl’s warm and appealing singing such as in The Dialer, and now and then by a swinging touch of harmonica. No matter how fast or slow, they will take you so high you wouldn’t like to go back to reality. One track : El Coyote. 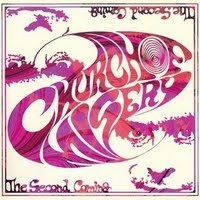 They’re Japanese and they’re fond of serial killers. They’re so fucking fond of serial killers that each song they create wears the name of one of the sickest psychos the world has ever witnessed. On top of the surrounding madness they obviously love spreading, they’re solid fans of metal gods Black Sabbath. “The Second Coming” is one piece of excellence in that it associates a supreme degree of 60’s-70’s psychedelia (let’s smoke some weeeed…) with a super overwhelming doom, but most of all in that they know how to fucking GROOVE. And you will admit it, Yoshiaki Negishi’s spazmatic screams really do justice to said serial killers. Just listen to I, Motherfucker to understand that point. 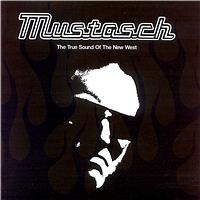 I don’t think there are deserts or any palms in Sweden, however some band visibly imported truckloads of sand to dump it right into its music, no doubt. It’s not a question of death, black, or even pagan metal here, it’s only about “the true sound” as in “they’ve been lying to you all this time, but WE’re gonna reveal you what real men music is all about”… Liters of gasoline to go fast and keep the engine at its power peak, liters of sweat and booze to make it raw and genuine, and a lot of talent to make you avoid that the band’s obvious influence is Kyuss’ desert imprint, because these dudes know how to produce serious and solid stoner tracks on their own. One track : Coomber. 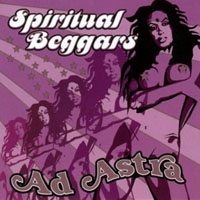 Halfway between stoner and old school heavy metal, SPIRITUAL BEGGARS prove (once again !) Swedish can rock it loud, without being forced to take the oh-so-original path of extreme metal. Even if the riffs on “Ad Astra” are nothing revolutionary and often tend to remind some old school hard rock vibe with keyboards à la Deep Purple , SPIRITUAL BEGGARS impose something huge and powerful, something that could fit into a stadium, something that make you wanna convert to their cult. Like crime, Heavy never sleeps, and despite the massive amount of riffs that flows all over the record, you will REALLY tremble with the two last songs Mantra and Let The Magic Talk. The latter says it all… 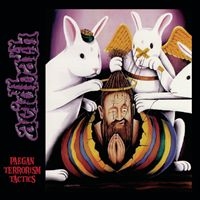 Louisiana’s swamps, dirtiness and misery : neurosis is crawling slowly all over the place… If you had to pick one local band to describe that oppressive feeling, it’d be ACID BATH. While listening to this outstanding record, you’ll feel as smashed as on a very dangerous cocktail of hard drugs. It’s the story of an occult voodoo ceremony, where (singer) Dax Riggs’ gothic-grunge spirit was married to the most depraved sludge sound of the whole South. It brings a disturbing feeling of being dragged unbeknownst to us into the darkest corners of south New-Orleans. Depressing but oh so beautiful. One track : Bleed Me An Ocean.