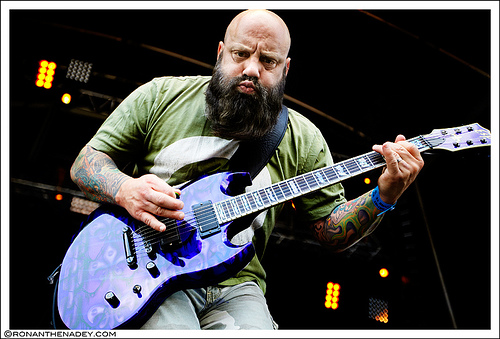 To continue the “X good reasons to worship…” series on a Southern vein, I choose to pay tribute to the coolest bearded man of all New-Orleans : KIRK WINDSTEIN.

My encounter with Kirk at Kristonfest (Bilbao) actually made me go with this article, even though I already loved this dude before we met. But his extreme kindness deserved a tip of the hat from the fan I am.

On behalf of the riff, the beard, and the “Saints” spirit, AMEN !

1. Kirk Windstein is simply one of the most devoted and humble dudes in the whole metal scene. He works hard among three legendary bands, all leaders of their own genre: the coolest band on Earth DOWN, Nola sludge’s founding fathers CROWBAR, and sludgecore supergroup KINGDOM OF SORROW. He plays daily with guys like Phil Anselmo, Jamey Jasta or Pepper Keenan while still keeping it real, being truly sincere and vested with his music. 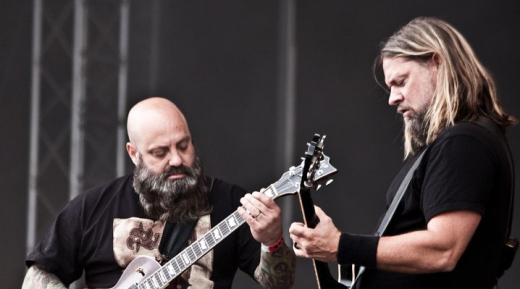 2. He’s one of those men we call “Lord Of Riffage” or “Riff Lord”. And that is a well-deserved nickname given that his riffs are as strong and solid as Kirk himself, you just need to listen to any of the songs he wrote for Down or Crowbar to realize it’s true. Anyway it’s not all about strenght, the man Kirk is also very sleight-of-hand: Windstein’s style is ALSO made of heavy and blues-laden solos.

3. Kirk Windstein’s official nickname is “The Beard Of Doom”. Since he got up one morning and decided to stop trimming his beard, Kirk has been embodying everything Tolkien has ever wanted for his heroic fantasy manly characters: the Perfect Silky & Shiny Beard. The Beard Of Doom has even become a fantasy for many fans, who only think about one thing: being able to stroke the sacred hair with their own hands, just once.

4. As well as being a prime example of Mordor’s denizens among our world, Kirk is first and foremost American. So sometimes he likes to see life through green-tinted spectacles…

5. You gotta love his singing voice AND his speaking voice. First one is rageous, sepulchral, crying despair.  Seconde one is too funny because it oscillates weirdly between a smooth voice and a deep-low rough tone coming from the very depths of the caves (see previous reference to Tolkien). Those on-stage moments when we can hear his unique backing vocals for Phil Anselmo are beyond awesome.

Moment of grace : KINGDOM OF SORROW – Screaming Into The Sky

6. Every night on stage with Down, Kirk lets his buddy Phil Anselmo tease him in many ways: he’s now used to get his Beard Of Doom pulled, his bald head rubbed (with love), and he’s also used to get water/beer/whatever spat all over his amused face. And all that makes him smile because Phil’s a long-time brother. 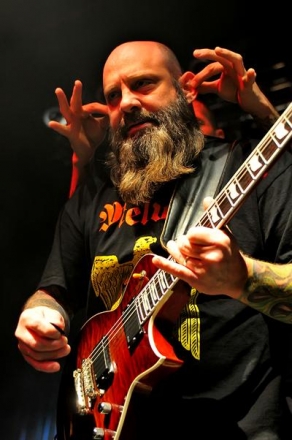 7. Last but not least, actually the most important point : Kirk is the sweetest dude on Earth. He’s actually being the contrary of this tough bearded man we see on stage. He’s as big-hearted as a Carebear. He’s so kind, anyone here would call him “Uncle Kirk” and would invite him to GrandMa’s Sunday brunch (as well as tomorrow’s BBQ, of course).

KIRK IS AWESOME, ALL HAIL THE BEARD OF DOOM !!!