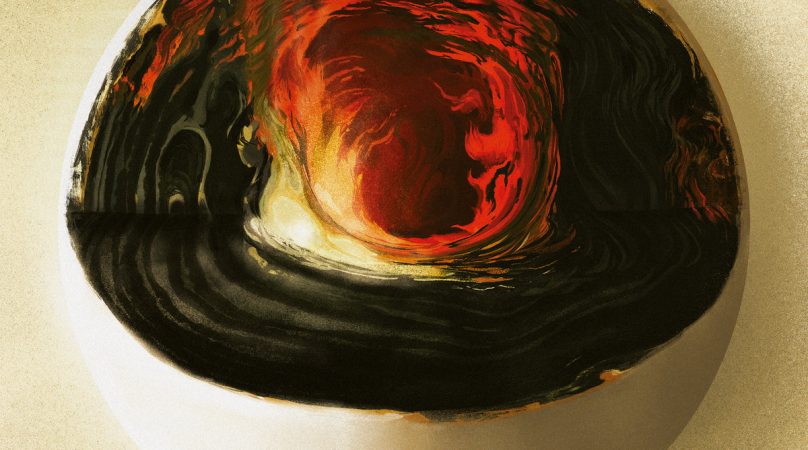 Elder is a band you can always rely on. Whatever happens, they are there, whether it’s in your headphones, your living room, or on the top right corner of your favorite festival bill. Elder will be there. And it’s somewhat reassuring. If you read reviews of their latest festival appearances and recent European tour: we’ve all seen Elder many times to the point it has become a habit, yet they keep nailing it each and every time.

With fifteen years of career, DiSalvo and his troupe stand as veterans of the heavy prog avant-garde, and for many, they are the totem band who has had an unrivaled influence on the entire scene, despite their Berlin misdemeanor (i.e. the Eldovar project with Kadavar) or the more synthetic experimentations of their latest effort “Omens”. So what! If something must be remembered, it’s their ability to wander from one genre to another with unbridled creativity and an irrepressible will to experiment. To create is to exist, to repeat is to die.

Yet this imperfect album now makes sense in their discography, even if it was the necessary draft to reach the unrivaled display of class and virtuosity of “Innate Passage”. This sixth full-length is a gigantic, nearly instrumental, chimerical fresco brimming with Elder’s beloved trademark riffs.

Nick catches us off guard from the first notes of the fire-driven, aptly-titled opening track “Catastasis”. Featuring their first guest vocalist ever (Samavayo frontman Behrang Alavi), Nick’s vocals are more confident and wide-ranged than ever, although his contribution is reduced to the bare minimum. Elder remains this band of awe-inspiring guitarists turning each note into a multiverse of boundless possibilities… while still looking like they’re just stretching their fingers. Supported by a rhythm section at the top of its game, the palpable tension as soon as “Catastasis” kicks off is indeed the sign of a new dynamic — one that would have been spoilt by too much fiddling on the previous record. Not only Nick’s voice has found its place (again) in the mix, but it took “Omens” to master the (then) castigated addition of keyboards and new sounds. Aerial marvels stand alongside fierce and sharp riffing, rounding off the combination of phantasmagorical reveries and crazy interstellar takeoffs. Masterpiece track “Merged in Dreams – Ne Plus Ultra” is its manifesto. Elder just reached new heights of mastery, fluidity, inventiveness… and beauty.

The phrase “Innate Passage” appeared to Nick when writing the record: “Passage and transition are necessary in the human condition and this process is intrinsic to us. All the growth and introspection we underwent in the past few years totally made this apparent to me more so than any other experiences in life so far.”

In light of these few words, their eclectic discography makes perfect sense. This sixth album sounds like a compendium of Elder’s career, the very key to a new musical universe that is yet to be explored. And this is precisely where they excel, for Elder will always be there to surprise us. Always. In our headphones, in our living room, or on stage.

ABRAMS craft an addictive heavy rock recipe with “In The Dark”.