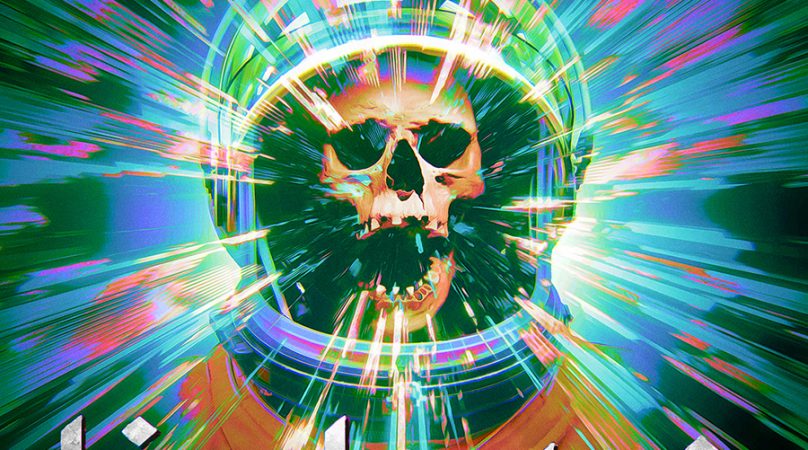 For over four decades, we have been told that “no one hears you scream in space”. In 1979, a whole generation started thinking that space exploration is not necessarily a giant leap for mankind, and could well be its worst nightmare. The Alien myth was a game-changer in Hollywood as well as in the collective unconscious — just like when you see a shark’s fin by the beach. A young New York foursome answering to the sweet name of KING BASTARD had the brilliant idea to use this reference to make its psychedelic doom a frightening sci-fi trip. Goodbye witches, satanic rituals and nods to Hammer horror, settle into your hibernation chamber aboard the interstellar cargo ship Nostromo: the on-board King Bastard software – also known as Mother – will take care of the automatic pilot. And you won’t be disappointed with the trip.

KING BASTARD’s music is clearly a tribute to Ridley Scott’s film. The band goes so far as to use dialogues from the film (“Ashes to Ashes”) among other samples from the space conquest and blips from another age. These excerpts immediately familiarize the listener with the experience of a space settler’s journey disrupted by human alienation and neglect. Yet it would be reductive to think that only these dialogues foster immersion. As for the music, it refers to the horror and darkness of the sidereal void. With its rather explicit title, “Psychosis (In a Vacuum)” is a perfect way to experience the latter.

The blackened doom intro seems to stage the carnage of the xenomorph so much everything here seems aggressive and acid. We can hear the creature scream, withering and choking under layers of synthesizers that symbolize the icy and gloomy space vacuum. Everything gets distorted, sounds become strident and dissonant, like muffled, making the atmosphere unbreathable. We get sucked into a vortex of anguish. Eight minutes of immersion in the most horrific science fiction. This maelstrom of fright returns on “Black Hole Viscera”, where a furious riff wave intermingles with a sharp and frantic saxophone. At first abrupt and impenetrable although completely relevant, this cacophony has the merit of plunging you into the chaos of space.

Despite this prowess, “It Came From The Void” suffers from this immediacy and the jumble of good ideas. In this fusion of modern doom and psychedelic jams, the experimental sometimes get (too much) the upper hand. The songwriting would have deserved to get a little more grounded in order to be more impactful. This is when KING BASTARD wraps it all up with a long track, where the melody slowly dies in a drone as if it was muffled by the sound of the void. You get to picture a spaceman left to his own devices and waiting for his death, while floating in space, disintegrating into dust in the silence of immobility. Despite the evocative power of their music, the feeling of dereliction could be a beautiful metaphor for the album’s only black point. We won’t blame them for it, as this first album is so modern and striking.

KING BASTARD managed to create a brand new form of anguish and fear without even invoking the usual satanic imagery. And for that reason alone, hats off.