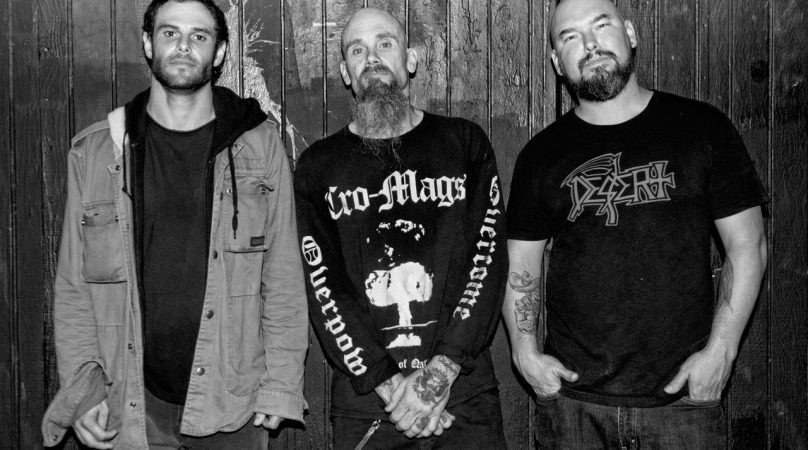 “Fuck It” has always seemed to be NICK OLIVERI‘s life motto, yet 2020 was the most prolific year ever for his band Mondo Generator. With two new albums and two reissues freshly released on Heavy Psych Sounds, it was high time to look back on a busy year for the Californian outfit.

I must admit it: I’m a Nick Oliveri fan and I’m proud of it. Nick Oliveri is a voice, he’s the bass lines that stuck with me all along my journey into heavy-hitting rock music. From the comedy punk of the Dwarves, to contributing to the life-changing records of Queens Of The Stone Age and Kyuss, and all the crazy collaborations he has done, I like every aspect of his career. And obviously, I also like Mondo Generator — one of the few bands I always go back to, no matter if their productions are not always top-notch.

“Fuck It”: Nick Oliveri‘s best work to close the decade.

Released earlier this year on Heavy Psych Sounds, “Fuck It” (perfect name) is their first album in seven years, and we can only enjoy the alchemy and obvious inputs from Mike Pygmie (guitar) and Mike Amster (drums). The power trio formula always seemed to work best for Mondo. Musically, I’m directly moved by the addition of riffs that could be described as prog compared to the rest of their back catalog (“Up Against the Void”, “Listening To The Daze”).

As for my top picks, I liked the symbolism and irony of “Kyuss Dies”, but also the excellent “Fuck it” and “Nowhere Man”. We also need to mention “Silver Tequila” and its crazy “Dia de Los Muertes with 4g of Mezcal in your blood and 50 degrees Celsius outside” atmosphere. Definitely a hypnotic and messed up intermission. And after the rise, the bad trip kicks in with “Option Four”, a song about that one night when Nick decided he could defeat a Swat unit on his own. The only downside to the record could be “S.V.E.T.L.A.N.A.S.”, the song featuring Olga Svetlana, main singer from, you guessed it, the Svetlanas. While the song is well-written, one might not enjoy the high-pitched old school street punk voice.

An album I can highly recommend to all heavy desert rock aficionados out there!

“Shooters Bible”, the bad joke that costs 20 euros for a limited edition vinyl.

Just a tiny bit later in 2020, “Shooters Bible” was released, still on Heavy Psych Sounds. Hard to get too excited about this “new” record since it is mostly a demo version of their album “Hell Comes To Your Heart”. “Shooters Bible” features the entire record plus a cover of “Dog Food” that previously came out on a self-titled EP back in 2010. We still think the alternative versions of “Dead Silence” and the almost “College Rock Burn The Bridge” are worth a shot.

A word about the “Cocaine Rodeo” reissue? It’s a classic, with Josh Homme, Brant Bjork and Nick reunited one last time on a hardcore punk project. You liked “Rated R”? Well, here is its offspring, more violent, less smart but definitely charming. It’s an extremely powerful record that goes from sludge doom (“Shawnette”) to what I’d call creative hardcore (“I want you to die, Uncle Tommy”), the kind of album you listen to with your fists ready to punch. A little piece of heaven. The record’s masterpiece obviously remains “13th Floor”, an alternative version of QOTSA’s “Tension head”. OH, and did I mention the 11-minute of “Simple Exploding Man” or the absurd country style of the eponymous track?

A must-have to if you like your stoner heavy (or if you love Black Flag).

So what about “Dead Planet” then? It’s my guilty pleasure. By far the best sound ever crafted by Nick Oliveri outside of QOTSA, delivering instant hits “Basket Case”, “I Never Sleep”, “So High So Low” or “Lie Detector”. Let’s also give credit for his great Ramones and Roky Erickson covers.

Still, this album tends to be often forgotten when thinking about the band’s discography. Maybe it’s due to a chaotic promotion back then? Or because many tracks came from older productions? In any case, I can only advise anyone to start their quest into Mondo Generator’s universe by listening to this album — which also contains the beautiful “Take Me Away” ballad and stoner doom tracks “Like a Bomb” and “All Systems Go”.

In the end, 2020 was busier year in terms of releases than it was gig-wises, and that left way too much time for Nick to spend on social networks. Come on Nick, plug back your bass, spit in the mic and go back on stage, for that’s the only place where you should put up a show!

All Mondo Generator records can be shopped on Heavy Psych Sounds webstore.