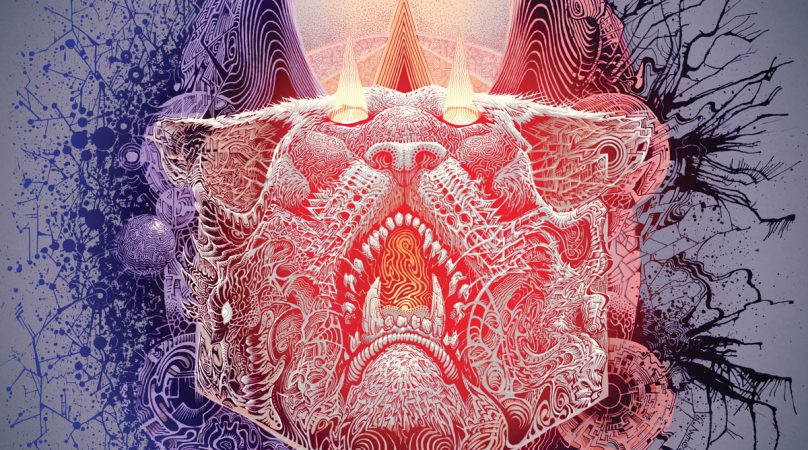 Louisiana’s foursome FORMING THE VOID just released their fourth album “Reverie”, and believe me when I say it’s about to open your eyes and mind like never before. Read this.

Plunged in a religious zealotry supposed to detract the unfortunate from decay and misery, the American South also holds in its heart a bastion of hope, a boiling cauldron where you’ll find more than the usual muddy waters. The Louisiana swamps have long been a place of delusions, where people vainly attempt to extricate themselves from a gruesome end. But something just emerged, something you weren’t ready for.

« Fuzzers! Come closer! The time has come, the end of the world is here! Don’t run, just leave your belongings and illusions behind, and come witness this new world’s wonders! The hope for a better life is real, but to see the Truth you will need to give up your knowledge! It’s not about suicide or death, my friends, hell no! Grab those mushrooms and eat them all, light those bongs up, share the magic herb and let the celestial smoke guide you through your inner other side.”

The earth-shattering rumbling, hammering and unearthly riffage all foretell that you are on the right path, and won’t be disappointed by another cheap preacher. Their incantations mesmerize you, and make you float atop your body, in a trance bathed in swirls of almost guilty pleasure.  « Where this experience is going to lead me? Will we come out of it unscathed? What’s to become of us? » So many questions to which the Guide won’t answer, as he is only here to let you walk through and see the other side, where one will find out about their destiny once the void is formed.

Forming The Void just delivered their best album yet, as well as Ripple Music’s best early 2020 release. Probably also one of the biggest releases of 2020. Stop doubting: you just saw the light shining through the void.