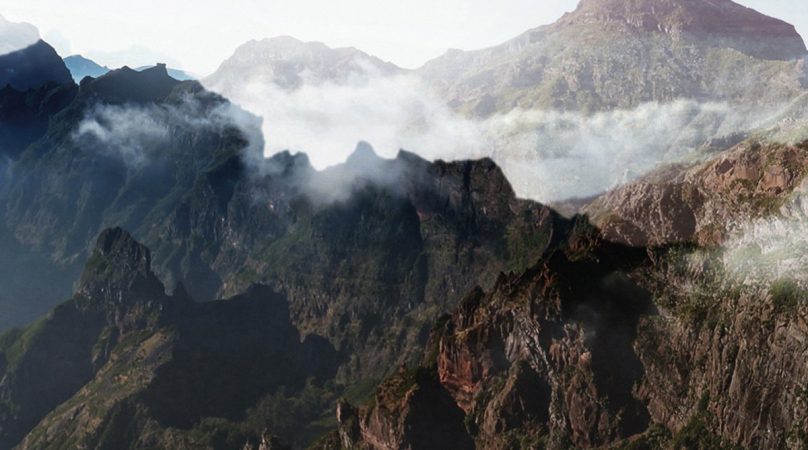 Finland can be seen as a hostile land, with its icy climate and geopolitical background involving the Sovietic empire and their military and ideological weapons; and as a Europe’s cultural exception, following their very own way of life or making music, becoming a model in many respects. A few atypical bands rise from its music scene, releasing hard-hitting and highly transcendental records (remember DÖ last year?) that we’ve been spinning endlessly on our turntables since then. DEMONIC DEATH JUDGE are no exception, polishing their songwriting with each album, like blacksmiths hammering a blade until it becomes the sharp and finest piece ever.

With fourth LP “The Trail”, not only DEMONIC DEATH JUDGE have refined their trademark sound with their blackened vocals and backbone-crushing rhythms, while highlighting a growing facet of their sound: the GROOVE. Guitars and drums commingle constantly and give rise to visceral patterns that infiltrate your spine, inducing a discharge of pleasure and relentless headbanging from the get-go (the bone-shattering “Shapeshifting Serpents” should be prohibited).

For all that, DEMONIC DEATH JUDGE keep crafting intricate songs without ever yielding to any form of jollity (even though “Elevation” makes me wonder…), treating us to those expansive psych build-ups, such as on “Flood”, when the pace slows down until we get carried away by a tidal wave of joy. Only “Cougar Charmer” gives us some respite and get ready for the final blow through a suspense-laden harmonica solo, reaching the most powerful climax that DEMONIC DEATH JUDGE ever gave us.

In Finland, the journey itself matters most than the purpose. And this one if by far one of the most beautiful DEMONIC DEATH JUDGE led us through.