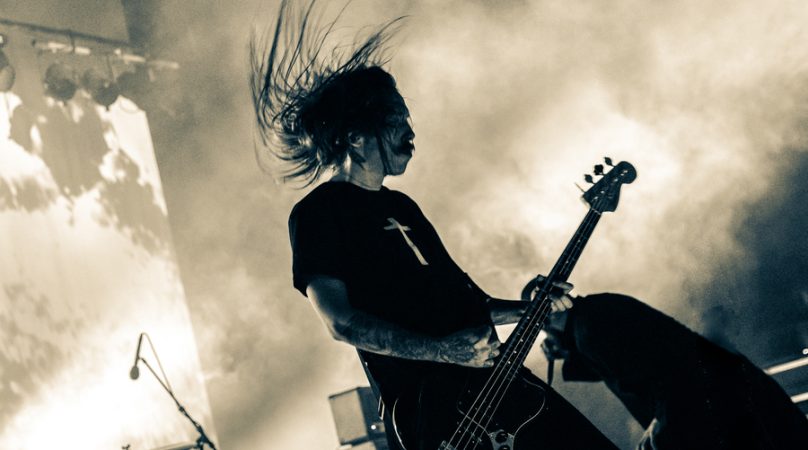 Third day at DESERTFEST BELGIUM always goes with a tough awakening, thanks to the Saturday’s skull-shattering performances. Yet it all appears this final lap is set to be a bit chillier, given the stoner and psychedelic inclination of the lineup… (PHOTOS: Sandrine Correia)

We arrive by the end of ANCESTORS’ set on the main stage, while they are performing a very last crushing, spellbinding and intriguing song. They don’t need more than 30 seconds to win me over, and by the time I decide to get closer, it’s already over. What an unexpected, pleasant surprise! I’ll be definitely checking out their albums when home. I intended to watch HEADS on the Vulture stage, but the small bar entrance is once again so rammed I can’t get in.

Time for MY SLEEPING KARMA and the usual dose of good vibes their venue implies. As handsome, joyful and laid-back as can be, the German trio gets on stage and start thanking the audience before a single note has echoed into the PA. All the smiles! The rest is history: emblematic songs gets delivered flawlessly, using just a few breaks to thank us and tell how happy they are to be playing here. Compared with the Saturday, the sound seems to be piped down a notch, but it’s probably due to the trio’s soft and trippy wanderings. Highly acclaimed, MSK leave as they arrived: as absolute Zen masters of stoner rock. So much love. May the rest of the lineup carry us away with such good vibes and originality! Let’s go upstairs for THE DEVIL & THE ALMIGHTY BLUES, another unexpected discovery! Delivering an interesting blend of blues, sometimes punchy, sometimes dreamier, and some more Americana-sounding parts, this class act definitely breaks some necks… yet I’m too excited by the upcoming act on the bill to stay any longer. I was looking forward to seeing ACID KING again, since they played Paris on that sweltering summer night last year. As standard, the SF trio is heavy and slooowww as hell without ever reaching deafening levels. However, the band has to keep going as a duo for a few minutes due to technical issues with the bass. Problem fixed, yet now it’s Lori’s turn to have some issues: no big deal, she keeps bewitching the crowd with her eerie spells while a roadie is on it. Back in possession of her Gibson, the riff feast continues to thunderous applause, everyone in the audience being impressed by their absolute professionalism. The set ends with “Silent Circle” (a big favorite) and “Electric Machine”. Despite of the issues on stage, this was a class act from start to finish and what a feeling to get crushed by them Kings! 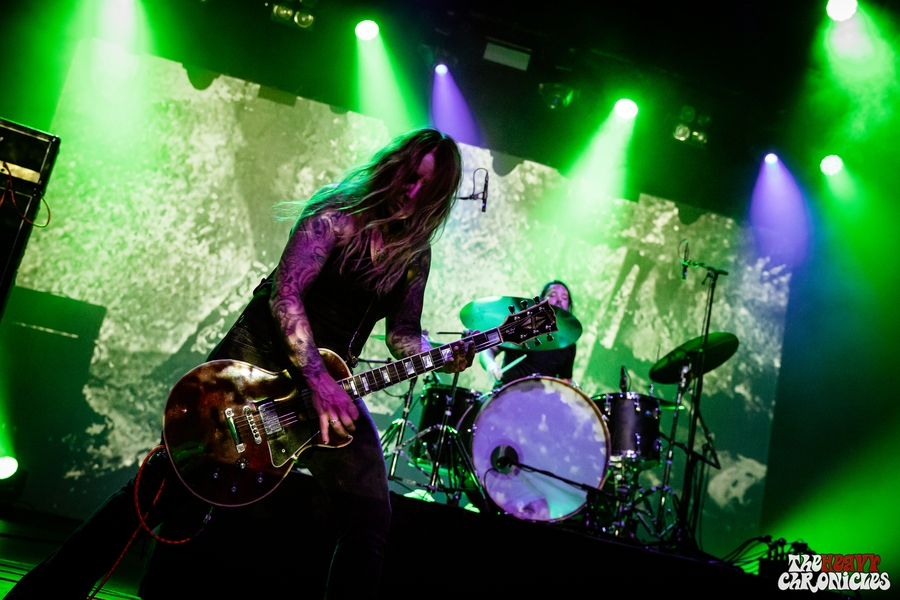 I quickly pass by the Vulture during EAGLE TWIN. What I hear today is quite different from their performance at Hellfest back in 2012. Imagine a lumbering sludge/doom power duo with shamanic, mesmerizing and almost diaphonic vocals that deal with myths from Far North, nature and Native legends. What makes these Salt Lake City’s fellas even more special is that they make their own rig. Yet another band I need to check out! 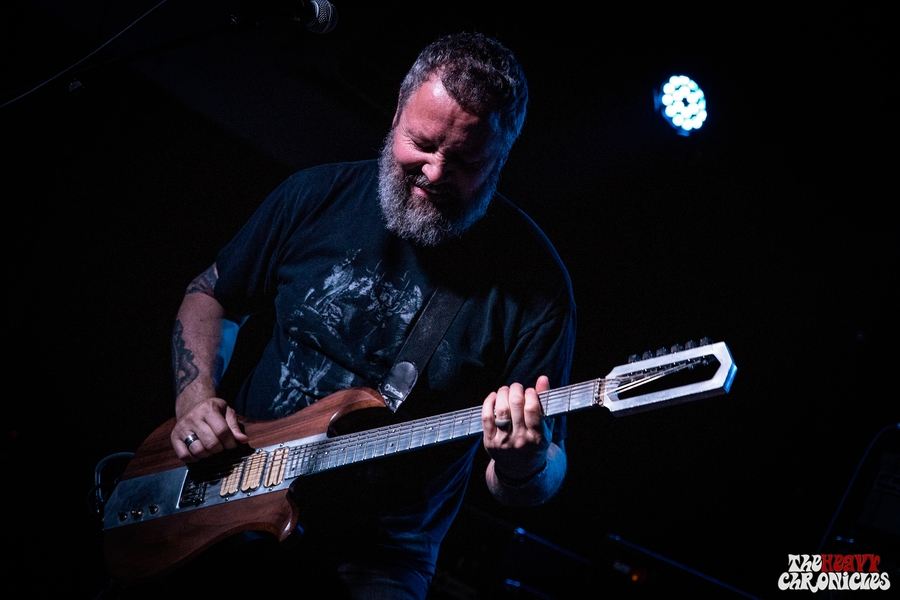 ELDER are unquestioned geniuses of prog stoner rock, and “Reflections Of A floating world” was my top album of 2017. The Desert stage is crowded out and everyone seemed stoked to see the trio — who has successfully reinvented themselves as a four piece. Tonight’s show is shifting from long-time bangers such as “Dead Roots Stirring”, and a perfect “Sanctuary”/”The Falling Veil” combo that makes us drift away for no less than 22 minutes. The prodigious trio is kicking some serious ass tonight, to the extent that I forget to go watch Jozef van Wissem next door. But love doesn’t count the cost, and time doesn’t matter anymore when you’re watching Elder live. 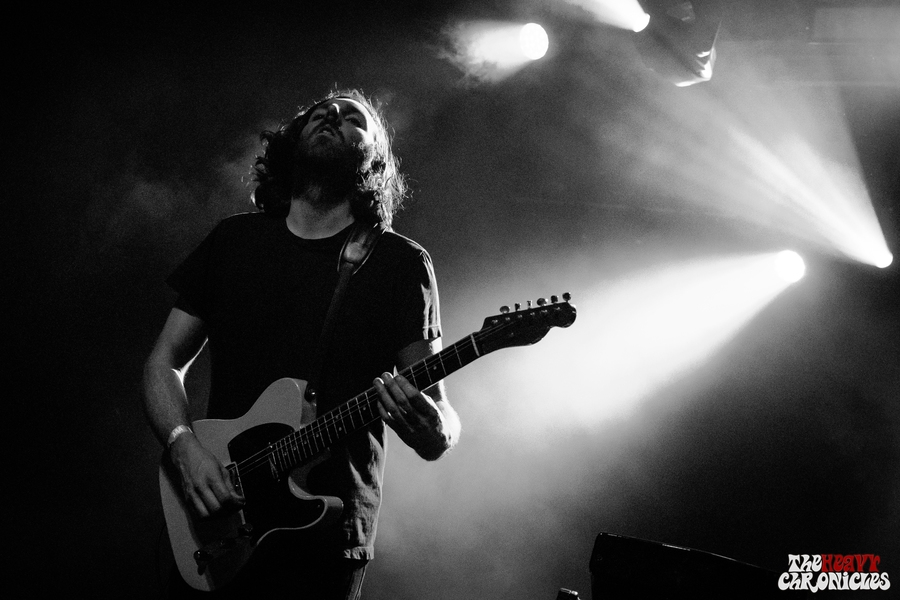 With their aerial, psychedelic brand of stoner rock, NAXATRAS put out one of 2018’s best albums with the aptly-titled “III”. Fusing 3D pictures, geometric patterns and shimmering colors, their light show is literally mind-blowing. Futuristic landscapes go by over a Tron-looking grid, highlighting the band’s oneiric soundscapes and making this very show the most soothing I’ve seen today.

AMENRA are next and closing the Desert Stage. The cult Belgian metallers are even more respected in their homeland, dragging as many die-hard fans as onlookers… as well as a small share of people at the back of the venue who can’t help jabbering, which induces a lot of shushing and even manages to ruin the show at some point. The setlist gives prominence to “Mass IV” songs, even though the stunning “A Solitary Reign” remains out of the menu. I would never miss Amenra for the world, as their music always drives me into an uncontrollable dark trance; like a communion with god, with much more melancholy and hatred thrown in the mix. 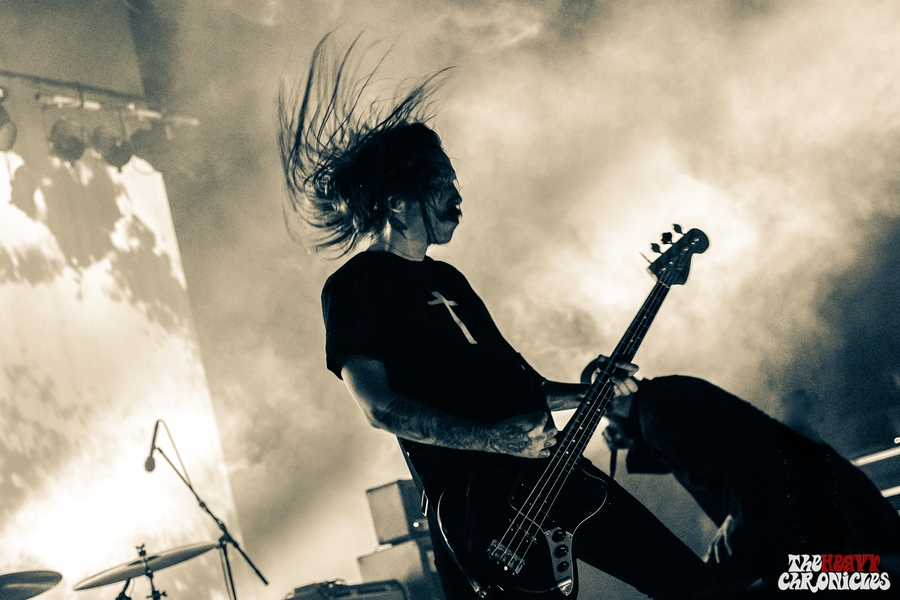 I forget that THE WELL were playing at the bar, although I’d have loved to hear their warm vintage rock, despite the radical vibe shift. My soul is now emptied of all negative emotions — or is it the contrary? Blame the loud folks during Amenra. Anyway, exhaustion makes me also miss WHORES and the final afterparty upstairs. Maybe I didn’t want to end the festival on a nasty and brutal note, after all? I leave the venue with grace on “Silver Needles/Golden Nail”, after a good weekend — but far from being a memorable experience due to a few blots on the copybook. 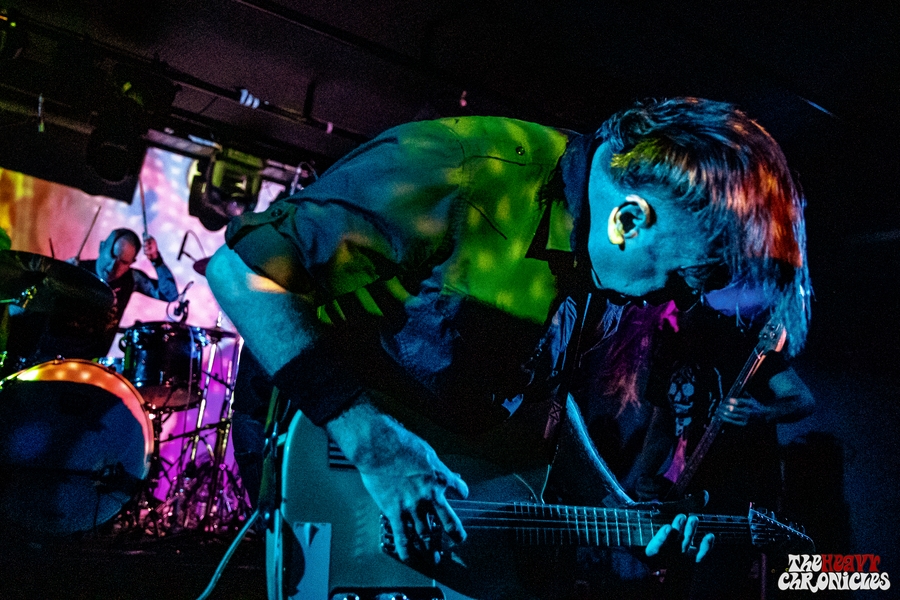 To be fair, those black points are not the doing of the promoters: the venue’s location, non-refundable cups that litter the floor after each gig, limited selection of beers, high prices, etc. Also, the constant clashes prevented us to watch most performances in their entirety, which is the biggest of all issues here. That’s too bad, because the Desertfest Belgium lineups are sick, with more and more black metal acts on the menu each year. This last point is great news for fans like me, and I hope it’ll also make people’s opinion change about said scene, but that’s a whole different story.