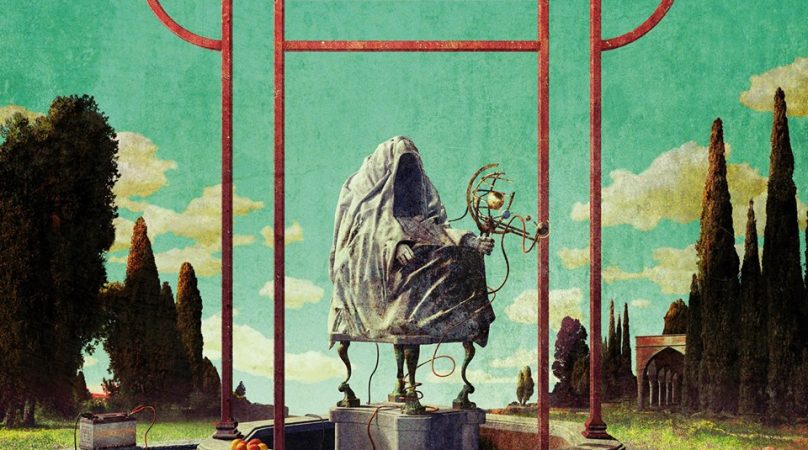 On 23th September of 2016, the undertakers decided to close down and write the epitaph on their own tombstone. Divergences of opinion among the band got the better of GRAVEYARD‘s creative force. Yet on the fringe of Hell, the gravediggers weren’t quite done with their history. Not only the corpse had to be resuscitated, but reviving and injecting the creative fury of Hisingen Blues had become vital.

Also, welcoming new drummer Oskar Bergenheim on board was a sine qua none condition to carry out the necromancy. Just listen to the frantic rush of the aptly titled “It Ain’t Over Yet” and you’ll get the drill. As if they intended to ward off the blues wanderings of their previous album, GRAVEYARD sound as strong and powerful as ever, invoking the Heavy Metal Thunder of the 70s’ most legendary hard rock outfits.

A rejuvenated and leading rhythm section is indeed what makes that Peace falls right in with the band’s celebrated predecessors. Groove-laden and energetic tracks à la Grand Funk Railroad will spark the interest of those enticed by the return’s hype. Well-balanced, the album carries on the mortuary atmospheres instituted on songs like “Longing” on Hisingen Blues, while putting minds of the golden era’s fans at rest. “See The Day” reeks of chrysanthemum on All Saints day, while “Del Manic” buries us six feet under. Meanwhile, more classic-sounding pieces such as “Walk On” or “The Fox” deliver the right dose of vintage GRAVEYARD you’ve been craving.

When the ecstatic drum-pummeling doesn’t electrify you, you get carried away by some hoarse vocals crying out the heart’s wounds, like the band’s final testimony. More alive than ever, Joakim Nilsson and Truls Mörck put every inch of their heart and soul into each and every word they sing. Whether it’s a mournful crooner on  “Cold Love” (stunning!), a lycanthrope screamer on “Please Don’t” or an evil soul singer on “Low”, Peace is the perfect range showcase for both vocalists.

So, can we hope that GRAVEYARD’s revival will last? The band seems invigorated by their own death and rebirth. Peace may not be as enticing as Hisingen Blues was, yet the fire runs through it and the overall performance outshines any other album released before the hiatus. Because their mature, groovy and powerful blend of blues, pop and rock is a stadium-filler, the missing link between Mountain and Grand Funk Railroad. Through death, ad vitam æternam. Amen.