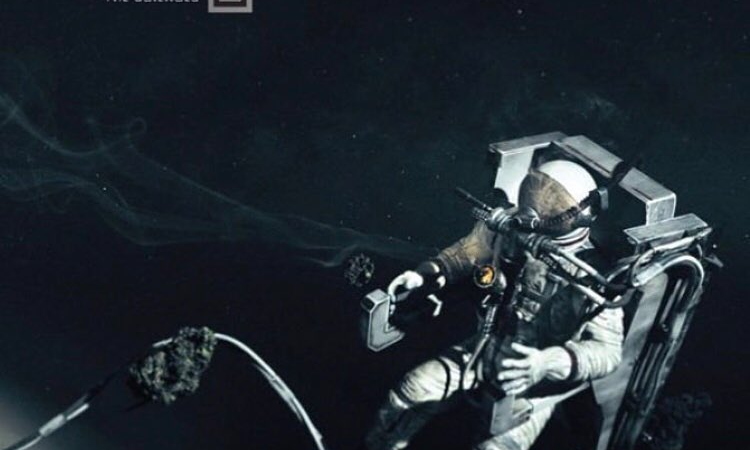 Stoner rock’s absolute icons SLEEP caught everyone off-guard on 4/20 by releasing their first album in 20 years, The Sciences, without any promo or exclusive stream, nor any forerunner media hype.

Something we’ve been wondering, is whether their legend status is a transposition of our own idealization: a nonchalant trio that pushes forward their weed-driven lifestyle by crafting the epitome of stoner doom. Let’s be honest: how many of us have had the chance to see SLEEP on a stage since they put out Dopesmoker? I was lucky enough to get overpowered by their Hellfest performance back in 2013, yet a lot of people have only been experiencing their music through the first records. So, is SLEEP’s influence on modern heavy music a myth or a reality? Are four songs – let’s put the eponymous track and the newly and superbly arranged version of their “Sonic Titan” classic aside – enough to revive their own story? I will spare you the wait: it’s a yes. Why? Simply for the said four tracks set such a high standard that only the trio can deliver, (re)establishing themselves as the absolute godfathers of shaman-like heavy. The three dudes haven’t (only) spent the past two decades smoking dope, as their participation in OM, High On Fire, Neurosis has been constantly determining the way they write music together: refined and more coherent, heavier, trippier… in a word, better.

I mean, first track “Marijuanaut’s Theme” is pure ecstasy! This heady, repetitive and stunning pattern has chances to become a stoner reference for the years to come. It doesn’t intend to outdo every other release of the past two decades or show whose is bigger. It simply embodies SLEEP’s influences, imagery, main themes and – last but not least – their sound.  “Marijuanaut’s Theme” is a torchbearer for the entire underground culture and a timeless anthem to be.

Once foundations are laid (i.e. “we are the doom lords so stop ripping us off, this is useless”) and after the epic and ambitious “Antarticans Thawed” that binds nature and shamanism, it is time for the magical trio to get back to business with an obvious tribute to the king of ‘rifftual’ maker (“Giza Butler”) where SLEEP bows to one of the greatest geniuses of the Rock’n’Roll history. Final instrumental “The Botanist” is almost too quiet for a wrap, but if you let yourself carried away by Matt Pike’s riffs, then it’ll feel definitely too short… Needless to be into the magic herb to enjoy SLEEP and The Sciences, you just need to let yourself go to their sound and the mighty rhymes invoked by Al Cisneros to get into a spiritual trance.

Like a comet visiting the Iommosphere, SLEEP came up into our universe before being off to another planet, leaving the tangible proof of its existence through an album that reminds us all who are Sabbath’s only worthy heirs. Praise Iommi!