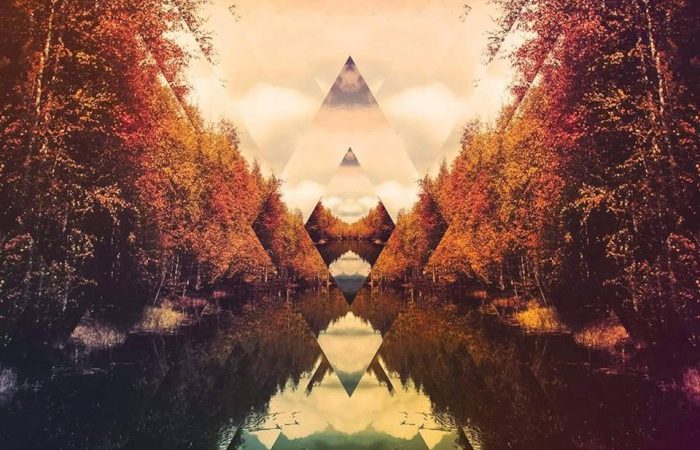 December 2017. A lead-colored sky and rainy winter plunge me into an apathetic state, from which even the festive period and its excesses could barely extricate me. From my living room, I vainly try to catch a sun beam in between two clouds… This is when luck choose to knock at the door. While scrolling through the promos our editor sent us, I get intrigued by a colorful and allegorical artwork: WEEDPECKER‘s third album III. What a great idea I have checking it out, as I just found the perfect antidote to gloominess and torpor.

From the very first seconds of « Molecule », an oneiric extravaganza of twirling notes, soft and mysterious vocal harmonies immerse my ears in the incunabula of ’67-69 psychedelia. Within five jams, the fine Polish craftsmen raise radiant and colorful melodic cathedrals, as gorgeous in their form as their structure is complex. If III’s solar tones are an ode to the divine star, the swordsmen’s enthralling moves serve as epic takeoffs on a Persian carpet.

Hulking progressive riffs and frantic Hawkwind-like bass lines propel aerial atmospheres, skyrocketing these five gems in firmament… me included. Yet the trajectory is far from being linear. Unpredictable and organic, WEEDPECKER‘s songwriting eventually makes us loose control, teleporting the listener into a breathtaking, sumptuous and peaceful parallel universe. Just picture a sonic Moebius.

Their ingenuous ideas allow the band not to remain stuck in lysergic acid, nor sacrificing the trip on the altar of completely abstract artistic requirements. The production’s contemporary approach hints a natural connection with an obvious band we won’t name, yet it is never even close to plagiarism. Everything here was gilded down to the last detail. This album nails it from start to finish.

The only black point of this third full-length, if any, would be its (short) length. But given its high addictiveness, you’ll just have to dive back into Weedpecker’s kaleidoscope and watch the infinite patterns draw themselves in front of your eyes. Kicking off 2018 the right way is now up to you.