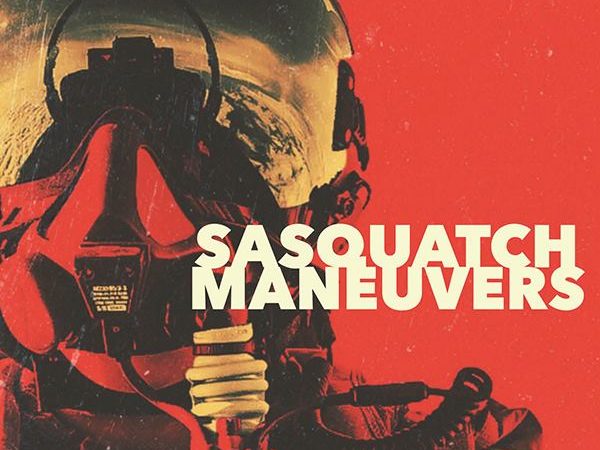 A well-known rock magazine used to ask their readers one thing: “what is Rock’n’Roll in 201X?”. Beyond any poser answer involved by such question, they should get back to basics and ask: most importantly, what makes a good Rock album in 2017? According to me, it’s a subtle blend of power, dead-rising grooves and fucking good songs, the ones that make you singalong in the shower and headbang in the pit. Maneuvers is one of them. SASQUATCH just released one hell of a fucking good Rock album. Like every record should be. Probably their best. Certainly one of the best of 2017.

And I’m just as surprised. Let’s blame a “hype” that eventually relegated the Californian outfit to the “old school stoner bands” category, as the band has gone MIA for quite a long time. 16 years and 5 albums later, what do the heavy rock dinosaurs have in store? Well, check out the first single and album opener “Rational Woman” and you’ll instantly get what Sasquatch is about in 2017: steamroller riffs wrapped in the unmistakable Sasquatch Fuzz®, that quickly turn into a monster of groove driven by Jason Casanova’s thunderous bass. One of the most killer intros I’ve heard in a long while. You can’t be unmoved. C’mon, even Beatrix Kiddo is moving her big toe.

The outcome is even more successful as Sasquatch managed to blend perfectly a massive wall of fuzz and those melodic grooves (“More than you’ll ever be”, “Destroyer”) dug by grunge crooner Keith Gibbs, who pours his blues with restraint while still skyrocketing the listener in the stratosphere (“Window Pain”, “Bringing me Down”).

Needless to say that the band has even more refined their songwriting, for this wall of fuzz actually unveils the album’s overflowing shades and details. “Just Couldn’t Stand The Weather” and “Drown All The Evidence” definitely are its cornerstones with their catchy riffage, superbly steered pace changes, delicate Hammond organ, guitar solos echoing to the vocals… all giving more substance and groove to this record.

By letting their music breathe and getting rid of the superfluous and filthy distortion, Sasquatch freed themselves to become even more hard-hitting. By reinventing their sound, the trio proves to all their disciples (Truckfighters first) that you can shade your music with more melody, without losing intensity or authenticity. It would be reductive to feel this coming of age as a mere nostalgia of the ’90s era. It’s more than that: Sasquatch managed to craft the perfect prototype of modern American Heavy Rock. You may want to make the comparison with early Soundgarden here (which is one of the band’s influences), but the result is so delightful that it could be considered as the best (unintentional) tribute ever to Chris Cornell, who passed away a few weeks ago.

There is no doubt that Maneuvers will be featured in many year end’s lists. With this new record, the guys have crafted eight absolutely essential gems and make their come back the best way possible. A must have.