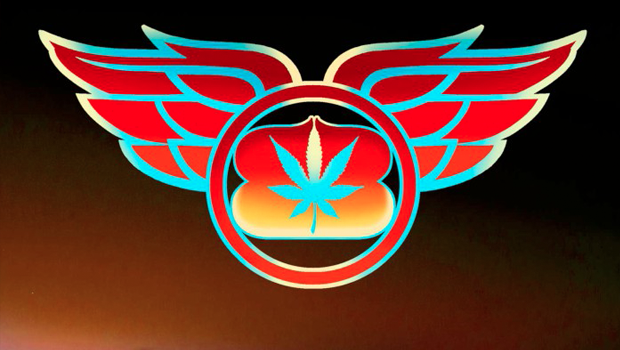 If the music world had to come to nothing, BRANT BJORK would certainly be one of the last standing… Twenty years after his Kyuss odyssey, the stoner rock stakhanovist is back with his eleventh solo album Tao of The Devil, proving once again that a long career can still rhyme with quality. Metalheads can worship Lemmy, stoner lovers will keep bowing to Brant Bjork.

So what to expect of such a delivery? Nothing but the thrill of hearing again Brant’s chilled vocals laid on warm grooves, lazy and hefty riffs, and a laid-back vibe that makes you feel like a lizard basking on Mojave’s hot sand. Here’s for the tip of the iceberg.

Under the surface, the songwriting seems to offer a quite unexpected classic rock color: Mr Cool has probably kept spinning his old ’70s rock tapes when writing Tao of The Devil. With its Aerosmith-looking logo, the artwork – which is reaaaally not my cup of tea – already is a major hint. The song “Humble Pie” (was that a tribute to Marriot?) sounds just as bluesy as Foghat or Mountain could be, while BRANT BJORK delivers his blues-laden vocals on top of a Sabbathy framework on “Green Heen”.

But this blues touch is certainly most digested on the eponymous track, between a dark blue lament and the tantalizing rhythms dear to our Low Desert Punk. BRANT BJORK turns into a shaman, inviting us to explore our souls with the help of some LSD-laden riffing. The ’70s influence of artists such as Santana or Funkadelic’s funky psychedelia cannot be denied on the stunning “Dave’s War” and the oh-so-boogie “Evening Jam”, wrapping up the album into a 14-minute cosmic funk trip. Once back on Planet Earth, all you’ll want is to live this all over again…

But the Low Desert Punk is smart, and a video single such as “Stackt” may please fans of stoner rock stereotypes, just as the asphalt-worshipping anthems “Luvin” and “Biker 2”. However, this new album sounds more well-thought and well-produced than ever before, contrarily to his previous DIY-sounding releases.

This remarkably crafted new vintage will be a heart-stopper for all the stoner guru’s die hard fans out there. But its only when it digs deeper into his blues roots that this record reveals itself, as with that “Tao Of The Devil” song, where Brant single-handedly shifts Delta rock sceneries smack bang in the middle of cactuses. Deliciously dark.