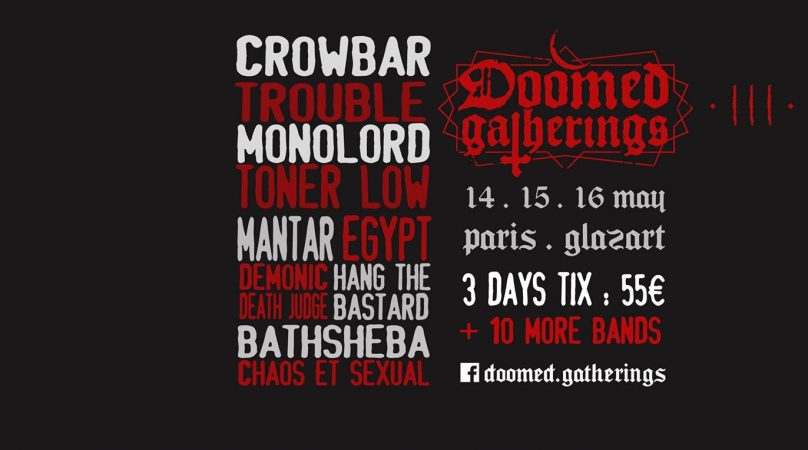 PARIS IS DOOM!!! The third edition of indoor festival DOOMED GATHERINGS promises a lot of filth and heaviness with a total of twenty doom and sludge acts over three days, among which Crowbar, Trouble, Monolord, Toner Low, Mantar, Egypt… YES, THEY WILL ALL BE THERE, tearing the Glazart stage down. Just keep one thing in mind: your second weekend of May will be Doomed, or won’t be.

Early birds tickets have gone sold-out pretty fast, so head over here to get your 3-pass before it’s too late. Just. do it.