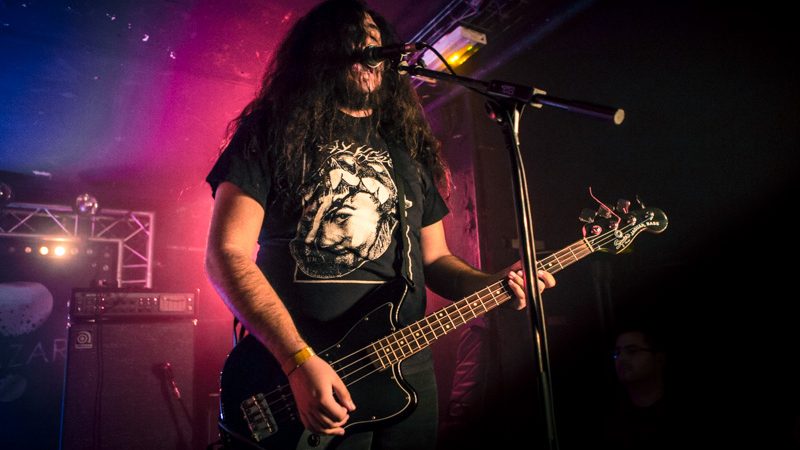 After Brant Bjork and John Garcia in 2014, it’s now the turn of another California desert rock legend to grace the Stoned Gatherings crowd with his presence: Mario Lalli, on a tour with his bands Fatso Jetson and Yawning Man – both equally awesome, in different but complementary ways. Add into that mix crazy jammers Domadora, which are among the finest representatives of stoner rock à la française, and you have the perfect line-up to open the 2015 Gatherings season! (Review: Katzenjammer – Photos: Sylvain Golvet)

Let’s begin with a (shameful) confession: I was a few minutes late for DOMADORA’s set, who are here to present their much expected second album to a reasonably crowded Glaz’art. Upon entering the room, I’m welcomed by a long ethereal jam, filled with guitar impros… but perhaps a bit too much? The next two tracks are much catchier: structured around two riffs, with bluesy and oriental vibes respectively, they keep the audience hooked for more than ten minutes each – without a shade of boredom. A little downside: the sounds lacks a bit of punch, despite the drummers’ freakishly huge cymbals. Three tracks is the final count, totaling 40 minutes. Domadora have achieved their goal: the SG audience is left conquered and wanting for more, which is the point when you’re teasing an upcoming album, right? 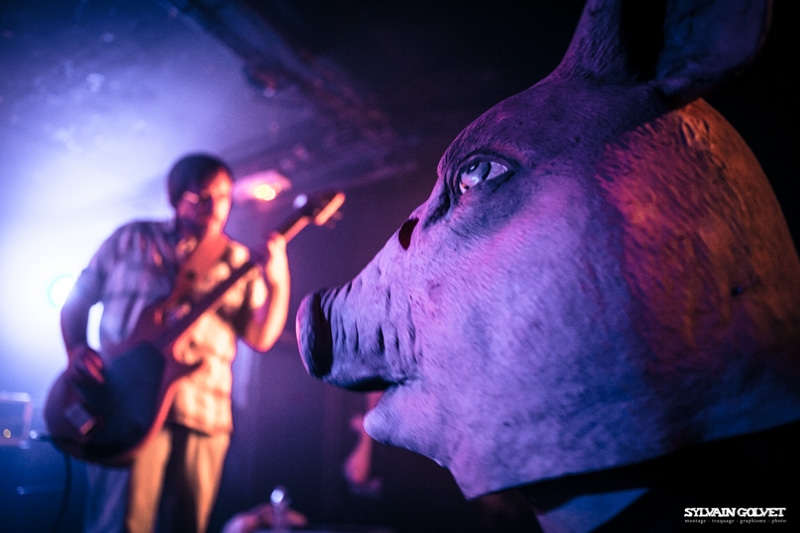 As soon as the lights are back on, a friend catches me by the sleeve: “HE just walk past me!” “HE” obviously being Mario Lalli, the man of the night, patriarch of the California desert rock scene – and by extension, of everything that ensued. “A lot has been made of generator parties, but there was only one generator and it was Mario’s”, Josh Homme recently explained in the Sonic Highways episode on California. Warm and modest, joined by his young son Dino (barely 18!), Mario opens with FATSO JETSON: the power in his voice, the intensity in his guitar play are nothing short of impressive. Since Vince Meghrouni (saxo and harmonica) couldn’t join the tour, it’s the punkier side of Fatso we’re getting tonight. Rhythms are complex, sometimes even tricky, but the energy and originality of it all are irresistible: it sounds a bit like early QOTSA (of the Hispanic Impressions/These Aren’t the Droids You’re Looking For variety) and we realize that there was probably a bit of Mario Lalli in there, as in anything good that has come out of Coachella Valley for the last two decades. 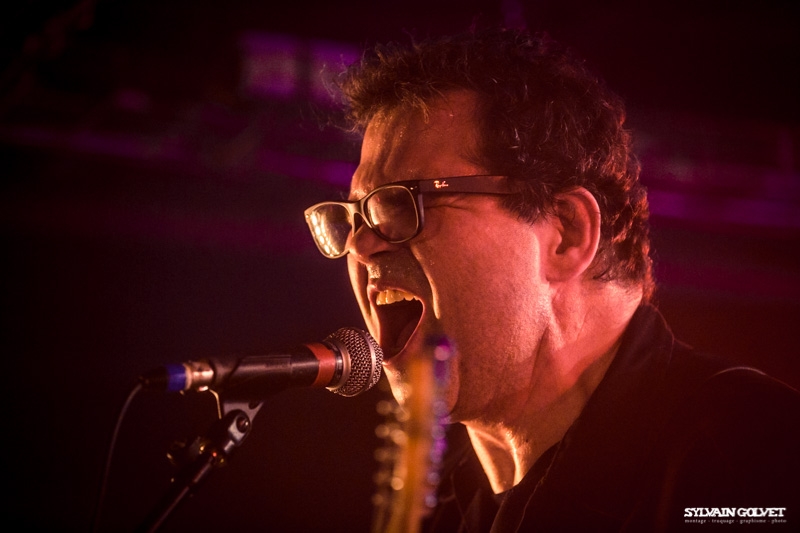 Flayed by Fatso Jetson, we’re ready to get cuddled a bit by YAWNING MAN. Mario is on bass (which he plays fantastically well), his son on guitar, and Gary Arce brings the Yawning Man ‘touch’: a light and nicely reverberated guitar, with “a smell of hot sand”, as our grand-mothers would sing. The take-off is immediate… and definitive. Track after track, the audience is locked in a long and sweet daydream. Perpetual Oyster sounds a bit blurry, but the combo sends us off nicely with Catamaran, which was covered by Kyuss in their time. Turned towards his son, who’s busy executing the song’s incredible bass line, Mario sings this mythical lyric, “I never doubt your possibilities” – well, neither do we. With Dino’s massive build, his impressive beard and obvious musical gift, it makes you wonder what they give the kids for breakfast, in the Valley! 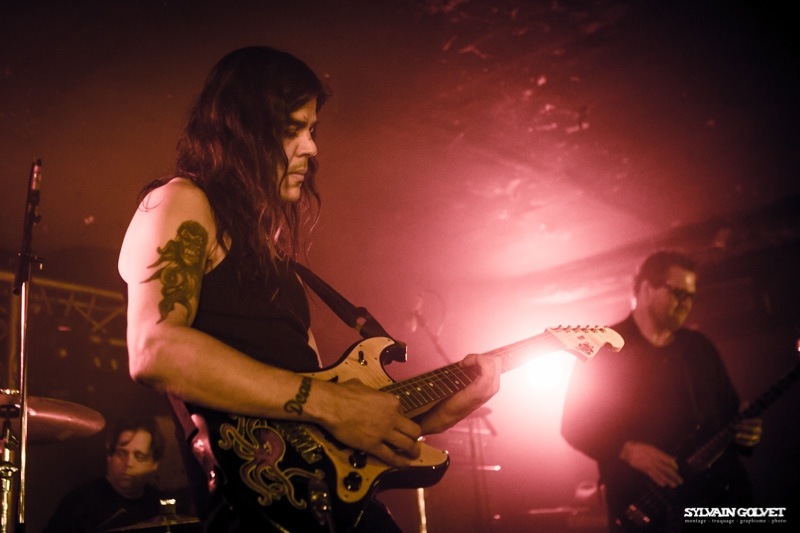 With a feeling of plenitude, we finally leave the premises; much later, right before giving in to a deep and peaceful sleep, the riffs will keep on resounding throughout our inner canyon. Actually, the sandman exists: he’s named Mario Lalli. 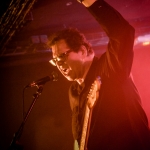 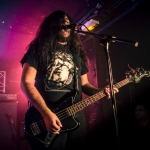 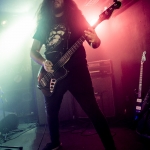 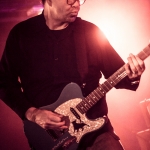 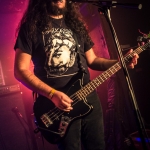 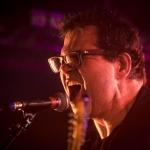 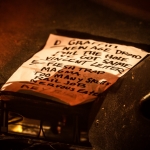 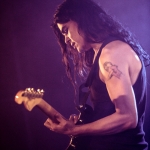 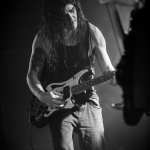 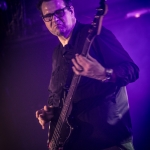 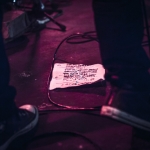 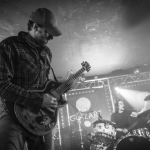 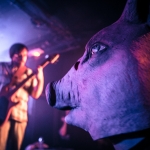 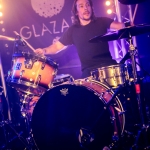 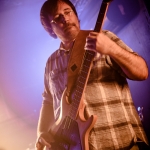 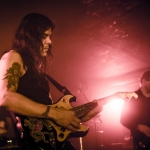