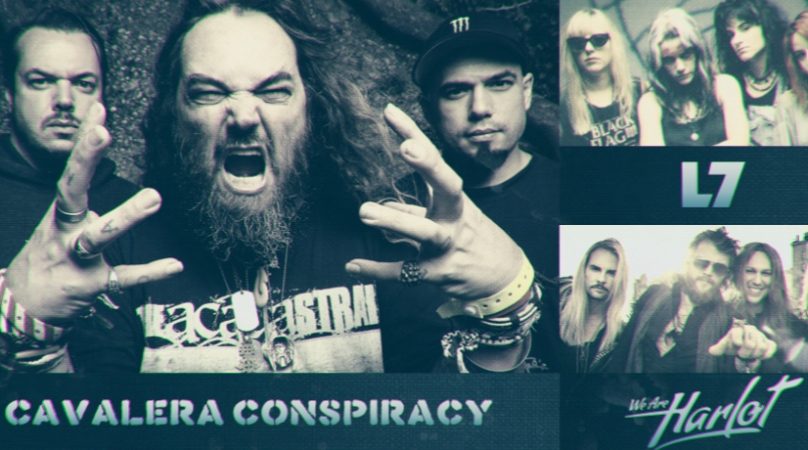 The lineup for this 15th edition of HELLFEST is finally COMPLETE! L7, Cavalera Conspiracy, Hawk Eyes, Monarch, Motionless In White and We Are Harlot getting added to the bill, which means we’re in for one hell of a time in Clisson this summer. Hells yeah.

More than 150 bands are once again about to make this anniversary edition a memorable one for all the metalheads from all around the world. Hellfest has managed to become one of the biggest and most eclectic metal gatherings in Europe and – let’s be realistic – in the whole world. This year is no exception, and even though we’re a bit curious to see bands like Lamb Of God, Faith No More, Body Count or even the Dead Kennedys headlining the weekend, be sure to find the THC team assiduously hanging around the Valley, and raise dust in front of the likes of Mastodon, Orange Fucking Goblin, Superjoint Ritual, Weedeater, Orchid or ASG. The running order hasn’t been unveiled yet, but we already know everyone’s is going to have a tough time making choices for the whole week-end.

HELLFEST is 19-21st June in Clisson (France). 3 day passes are already sold out, but you will be able to buy DAY TICKETS on January 29th (time to be confirmed) at www.hellfest.fr.