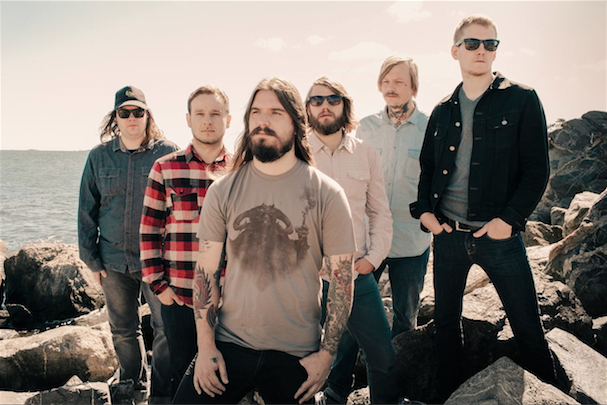 Who’s going to march on Camden with their determined warrior walk? Who’s going to rip your eardrums, brains and necks with their tremendously exhilarating and powerful sound? Who the hell is going to tear the Electric Ballroom into pieces? KVELERTAAAAAAAAAK ! You got it, the Norwegian outfit is set to headline DESERTFEST LONDON 2014, alongside Spirit Caravan and many others. Blo(o)d, sweat, tears and metaaaaaaaaaal!

Coming straight from Stavanger, Norway, KVELERTAK is without a doubt the most unclassifiable metal band of our time. Driven by two successful records – produced by nothing but the mighty Kurt Ballou – and a big handful of worldwide touring alongside Converge, Church Of Misery, Torche, Cancer Bats and Black Tusk, Erlend Hjelvik and his pack is the fix of madness and creativity the metal world has been craving for in ages. A Grammy Award – handed by Dave Grohl himself – and a juicy deal with Roadrunner Records later, the six Scandinavian warriors are ready to set foot at Desertfest for the first time ever, for what’s about to be the most balls-wrenching and bloody festive live moment of this festival’s entire history!