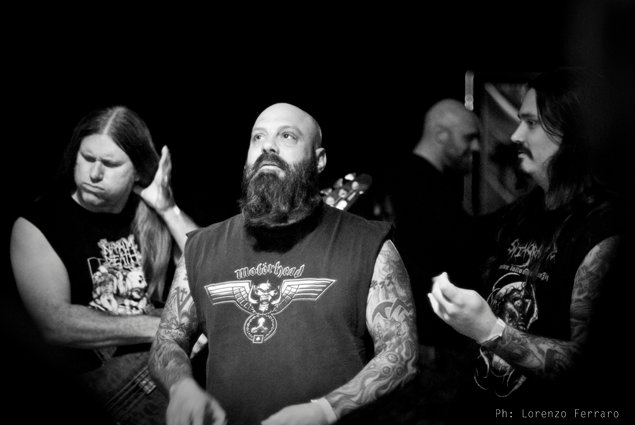 The most disconcerting news was reported by Metal Insider a few hours ago. Big news in the heavy metal market. As we heard about PAT BRUDERS resignation as CROWBAR’s bass player a few weeks ago, now it’s time to stomach another surprising announcement, with KIRK WINDSTEIN quitting his long-time band DOWN to concentrate on Crowbar. No victim was harmed while these two heavyweights were transfered, fortunately…

CROWBAR found their new bass player in the person of Jeff Holden, while Bobby Landgraf (Honky) will fill in for Kirk Windstein in DOWN from now on. Here’s what Kirk said on Facebook :

“For months now, I have been posting that I am concentrating on Crowbar 100% FULL TIME… 2014 marks the 25th anniversary of Crowbar and its a great feeling to put my heart and soul into something that I created so long ago. We are entering the studio 12/16 to record our 10th full length record, look for a late Spring release on E1… See y’all on the road with Crowbar!!!“

CROWBAR will play at Roadburn 2014. DOWN already hit the studio to record the second EP off the “Down IV”series, which will be released some time in 2014.