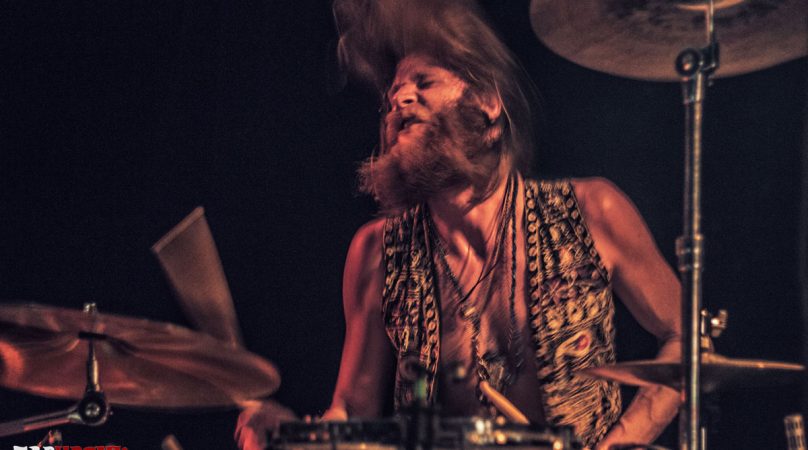 As a brand new stoner festival, the STONE RISING FEST (founded by Are You Stoned Inc. and Stoned Box Asso) in East France took up the challenge of rounding up hundreds of people and offering two days of pure good vibrations. I attended the Saturday night, and was lucky enough to give you a behind the scenes live report with an emphasis on the two headliners : KADAVAR and MARS RED SKY. Ready to take-off ?

ON THE ROAD WITH MRS

Even though the blog was an official partner of this festival, I hadn’t planned to attend it. Actually, my plan was to go to Paris the same weekend in order to interview Kadavar at La Maroquinerie. But when Mars Red Sky offered me to go on the road with them for two of their shows (including this one which featured Kadavar), I couldn’t resist. So, on a sunny Saturday morning, I hit the road from Bordeaux to Lyon on their comfy tour van. A few scenes were funny enough to be recounted here, like this moment when their sound engineer and the bassist were arguing in order to turn on/off a lame oldies radio station, or when Julien Pras was sleeping in the weirdest manners ever. Eight hours driving later, we were welcomed at le Clacson in Oullins by a very cool and professional crew. My interview was set at 6 PM, but I was told the band couldn’t make it before 7.30. We definitely had time for a few refreshments… 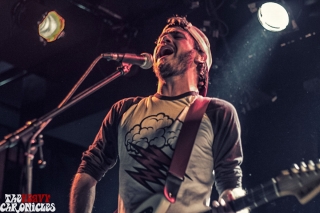 8 PM, time for some action after a short meal with the bands. As I was hired as a merch girl by Mars Red Sky, I missed a bit of Space Fisters and Slut Machine performances, but I could hear them. Space Fisters played a high-tempo rock (quoting The Hives as a major influence) that made me forget I was at a stoner event. Slut Machine were a bit heavier and way more energetic, so much that even if you didn’t like their music, at least you would have a blast letting your hair down for a bit. Great effort, thumbs up. Meanwhile at the bar, I heard some people saying “it wasn’t stoner” but these two bands were good entertainment, I mean : that’s why people came here for, right ? My location in the venue allowed me to catch a few discussions and realize that many festival-goers didn’t know a lot about this music movement. Their “virgin” approach definitely contributed to the festival’s fresh and friendly atmosphere. 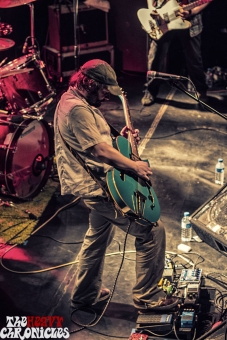 As usual, the trio took the stage with great composure and professionalism. After a quick glance at the merch table, I joined the crowd to enjoy the performance. I noticed three different kind of behaviours there : there were the fans who got all excited as soon as a song from the first EP resounded in the speakers ; the connoiseurs who studied every move of the musicians ; and the neophytes who went awestruck by the powerful and majestic music. The combination of these three profiles resulted in a very watchful but cheerful audience. Every time I went from the merch to the stage, it felt hotter and hotter, and more and more people were sat on the lateral exit stairs to enjoy the performance. This was a Stoner ceremony with a capital S (the intoxicating smokes as a proof). The short films that were screening behind the (new) drummer were another element of this “lobotomy session in the middle of the desert”. As their official saleswoman, I received nothing but positive feedback from the people and witnessed the conversion of some people into fans (who suddenly craved the new EP “Be My Guide“). Once again, Mars Red Sky proved to be one of France’s most solid psyche acts, sure I will come and support them (along with other French bands Glowsun and Abrahma) at Desertfest London next week. 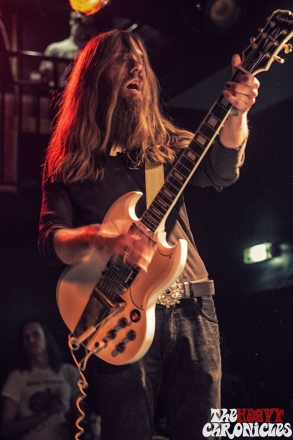 As Mars Red Sky are not only great musicians but also cool lads, Jimmy, Julien and Mat took over the shift at the merch to let me fully enjoy my KADAVAR moment. I still hadn’t interviewed the band at that exact moment (but it wasn’t my last word). They took quite a while to take the stage, and people were getting all impatient and agitated. In less than a year, the psyche proto-rock trio has benefited a great buzz in the stoner/heavy rock field, so I can clearly ensure you they were awaited like hell by all the people there. Finally, there they were : Wolf, Tiger and… a new bass player ?! Mammuuuut, where are you ? Well alright, the new guy is good-looking (and he got that cool KDVR vintage style). And even though he seemed to be taking his bearings quite slowly, he did a great job. You probably don’t know that yet, but it was actually his first gig as their bass player. Mammut left the band a week ago, so he had only 5 days to learn and rehearse all the songs. That’s what I call having guts. I can’t help being an uncompromising fan and feeling bitter, because I really wanted to feel Mammut’s groove and funky touch… Speaking of which, Kadavar is one of a kind, not only because of their vintage cloths and dreamcatcher necklaces, but most importantly because they master their instruments like no one else. It was hard to know which way to turn between Wolf’s insane guitar solos and Tiger’s very impressive swing on drums… So much talent, so much great music : a pure blast. People in the pit were moshing so fiercely that it looked like they weren’t attending a 70’s rock gig but a black metal one. The three musicians gave all they got, and whether they played the most famous songs or the newest (and unknown) ones, the place was ON FIRE. What else can I say : if you like rock music, check them out. This will do nothing but good to your music knowledge.

Standing ovation for the band. Ok, time to catch them backstage for my interview. Twenty minutes later, I stumbled upon Lindemann, who smiled at me and took me to the band’s dressing room. The interview felt more like a chilled and friendly discussion than a promo duty. Affable, sweet and honest, Wolf was the best interviewee I’ve had in a long time. Unfortunately, I missed the whole ABRAHMA set and arrived during their last song, which was a Soundgarden cover. Later, I was told they had technical issues, including a few blackouts. Bad luck… The festival came to an end, all the bands left the venue. The morning after, Mars Red Sky and I hit the road again for a totally different experience in Zurich, opening for the amazing rocker Shannon Wright. The Stone Rising had been a great music event which gathered different kind of audiences (something common within the stoner scene). For the record, I heard there’ll be a 2013 edition of this festival… 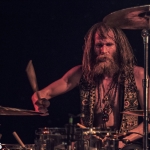 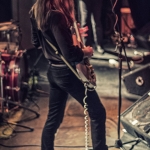 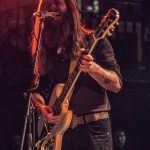 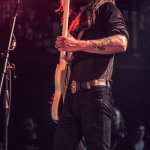 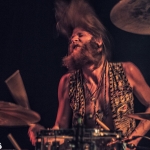 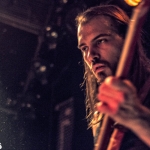 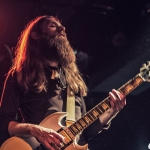 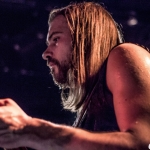 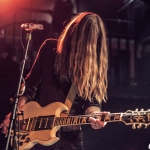 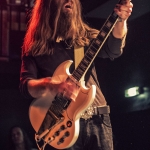 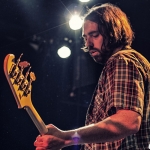 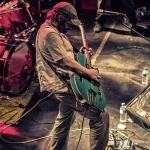 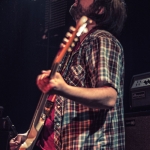 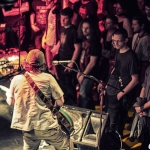 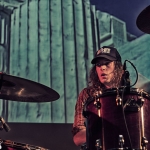 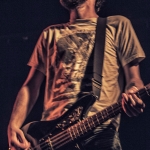 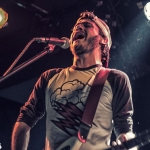 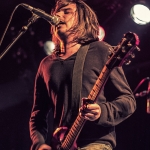 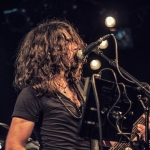