The return of the coolest Christian metal band of the whole West Coast is announced : PAYABLE ON DEATH aka P.O.D is back with a new record “Murdered Love”, a brand new deal on Razor & Tie Records, and an unexpected return to the roots.   “Murdered Love” is ghetto and restless in the spirit of a revisited nu-metal, and it has some serious featurings on it. Let’s just consider the time for revenge has come…

Four years ago, when P.O.D released “When Angels & Serpents Dance” and announced an unlikely hiatus, it led us to believe that there wouldn’t be another chance to hear from the band before long… This record was surprising, very rich musically and sometimes more melodic and spiritual than the previous ones. I was wondering, “if there has to be another album, how could it sound ?”

To make it plain and simple : “Murdered Love” neither is sophisticated, nor thoughtful, nor morose. Sonny’s clear singing parts have almost disappeared to the profit of that good old ghetto rap made in “The Fundamental Elements Of Southtown”, and guitar riffs have become rough-and-ready. It’s one way for the band to avoid getting worked up, to pull the guns out and treat themselves to a shooting practice (it’s a metaphor, because the guys are actually non-violent). “When Angels & Serpents Dance” was a “think first” act, “Murdered Love” is definitely the “shoot now” one.

Starting the album with the most famous frontman of the international hardcore scene, Jamey Jasta, it opens up some interesting prospects. “Eyes” is far from being the only intense track on this album : “Murdered Love” (with Jacken from gangsta rap crew Psycho Realm as a strong support) and “On Fire” are some heavily distorted and nervous tracks, while “Babylon The Murderer” and “Panic and Run” make the band’s punk and reggae roots reappear, as delightful as it can sound. Talking about the roots, P.O.D still stick to their mother-land California and blast a 100% H.I.P.H.O.P killer song, “West Coast Rock Steady” featuring Sen Dog from Cypress Hill. Lastly and just for fun, “Bad Boy” allows Sonny to play it romantic and portray the perfect girl, I mean, consider this : “I like a girl with a big old ass cause I could see her body and mind harmonize“…

Like I told above, P.O.D’s latest record is far from being an overly thought album : its raw and burning vibe is a return to basics that turns out to be a reinvigorating experience.  Some could reproach Marcos Curiel for not sticking to his Santana-ish playing, some fans could think this album feels less like a deep and spiritual experience than many records of their discography. However, the catchy choruses remain, and so does their talent and the positive messages that make the band so unique. Just one word : ENJOY. 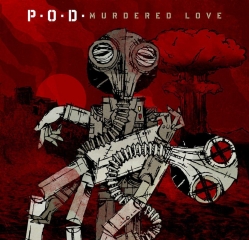