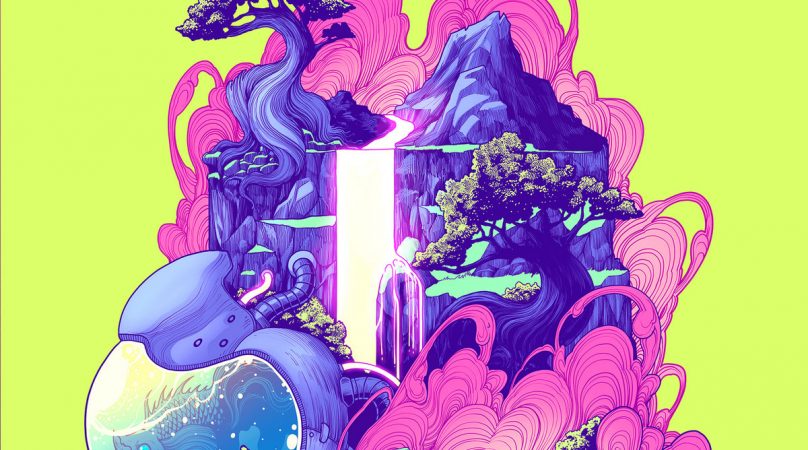 So when Sasquatch drops a record almost anonymously on this side of the Atlantic, I get mad. And I tell myself we need to fix this. Sasquatch is perhaps no longer scene darlings although their contribution to it is undeniable… Off the post-QOTSA wave of the early 00s, there are not many people left (or only reunions that look more like they’re part of a retirement savings scheme), while these absolute metronomes have treated us with a release every 3 or 4 years for twenty years, as part as a flawless discography. They are always there, true to themselves.

I can already hear you say: “who in 2022 still wants to hear this old-fashioned sound of bygone days?” But you shall not forget that Sasquatch is all about the hook. The good hook, the one that turns music into a song. The one that gets stuck in your head for ages. The one you want to sing in the shower and for which you will lose your voice in the sweat and chaos of a live show. That fine line between melodic genius and radio hustle. Yet you’ll never see the Big Foot disguise itself for commercial purposes.

On their previous effort “Maneuvers”, we could detect a will to try out different nuances while refining their punchy and catchy sound. “Fever Fantasy” is its worthy followup, kicking off with “It Lies Beyond The Bay”… which could very well have opened the previous album. And rightly so. Recorded in the continuity of “Maneuvers” in 2019, “Fever Fantasy” has been shelved for two years, as the band didn’t want to release an album that they couldn’t defend on stage. Maybe the Sasquatch sound doesn’t fit today’s standards and trends anymore, however they managed to evolve despite their long career. This “Fever Fantasy” definitely rubs it in.

And just like the previous record, the album offers layers of keyboards, perhaps even more than ever (“Ivy”, “Cyclops” or “Voyager”), which all come to perfectly highlight Gibbs’ riffs. But don’t get me wrong: we are also here to get a sonic punch in the face. Sasquatch is unrivaled when it comes to kicking our asses with a staggering amount of fuzz, unstoppable grooves and some dead-awakening drumming (Riggs is simply monstrous!). Massive stoner anthems “It lies beyond the bay”, “Lilac”, “Witch” and “Live snakes” will be enough to convince you.

The change Sasquatch initiated here is in no way some kind of 90s nostalgia, just a reminder of when the term “rock song” still meant something and wasn’t the sole prerogative of pop or FM-calibrated material. And in these times when Spotify and others summarize everything to a chorus, more than ever do we need bands like Sasquatch.