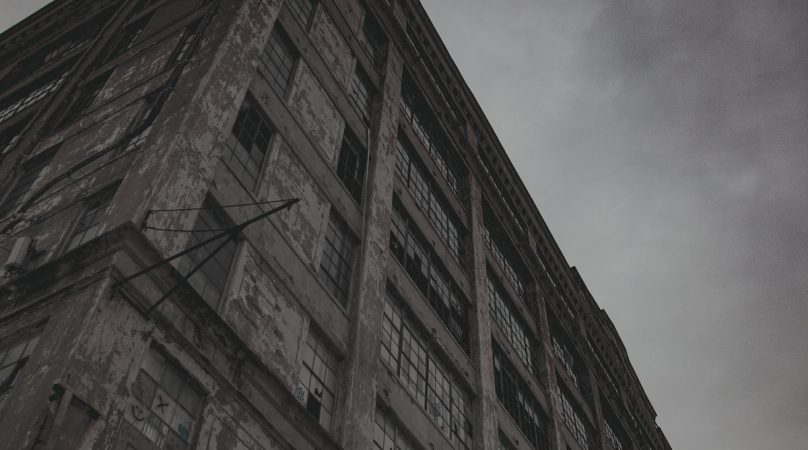 When I hear the word “post-metal”, I feel shivers down my spine. Are we dealing with that very post-metal I discovered with Solstafir, the one that plays smart with metal codes while delivering an ambitious sound and universe? Is it taking as much from soundtracks as it borrows from electronic music structures? Or is it yet another labeling used to describe (in a posh way) some generic band that is not any avant-garde but just playing with clichés?

I mostly knew Bossk by name as I saw them mentioned in so many articles, and finally dug properly into their catalog for the first time thanks to Migration. Right after the well-thought-out atmospheric introduction “White Stork” kicks in, we embark on a one-way trip. If that first track gave us the feel of a distant future, we understand with “Menhir” that dystopia is the keyword on that album. It’s massively rooted in reality with these crushing and feisty riffs, organic sound effects, and upfront vocals that most “post-whatever” bands don’t usually go for.

The guttural voice has an almost post-hardcore gain yet it keeps its own identity made of rocks, broken glass, and gravel. You’ll have to wait for the Tool-infused “HTV-3” with its industrial Nine Inch Nails-esque vibe to enjoy more melodic vocals. This acts as a perfect setup for the huge punch in the face that comes with the chorus. This is the very moment when the production reveals itself so crucial for the album. Some will criticize the incursions of bells and other slightly overused effects, but one has to admit, it’s just perfectly executed.

The song has its peaks, getting noisy when needed, then getting back into an intriguing and stripped-down melody for the finale. A real highlight on the album. Fun fact: the ending of this track might remind geeks of the Diablo soundtrack (or more recently Hades) with these harp-sounding arpeggios.

I especially enjoyed the surprisingly optimistic ambient introduction on “Lyra”. Mixed with almost military snare drums in the background, it is a delightful break to preserve our ears. I find in here the beauty of illumination or the solemnity of the last sacrament. The band took us by the hand and guided us towards the light during these long minutes when finally, the last judgment fell on us. A violent, badass and, to a certain degree, decerebrate finish I can only love in contrast with all we’ve been through this far. Clearly my favorite track on the album.

Last but not least, Bossk invites us to deep relaxation after all the sonic violence. The band calls us to settle down and let them play a lullaby for us with the melodic yet noisy “Unberth”. Even if the tension slightly kicks back within the last minutes, it reminds me more of a movie’s ending theme. Let all this sink in for a minute, take a deep breath, it’s over. The lights turn on, there’s silence everywhere and our migration ends here, in greener lands.

After many a listen to this record, I’m convinced of Bossk’s artistic qualities and craftsmanship. But I’m also a bit confused by a really short album that lacks a few memorable moments. 7 tracks with only half of them including any hook or melody (either played or sung), that’s not much. Even if the band clearly knows how to build up clever post-metal ambiances and never falls into the genre’s clichés, it still falls a bit short at being more than a solid effort. Somehow, the artwork sums up very well this migration. Bossk is not here to play pretty, to act edgy, or attack anything, they rather depict simple facts. It’s a cold and grey constatation. It’s up to us to embrace its nuances and fall in love, or not, with what is offered to us. Personally, despite this “it’s a bit few” feeling, I cannot resist this invitation to travel through sound and I hope that Bossk will take me and my ears on to other journeys and adventures like this one.