Dive into the orchestral post-rock of BRUIT ≤ “The Machine Is Burning And Now Everyone Knows It Could Happen Again”. 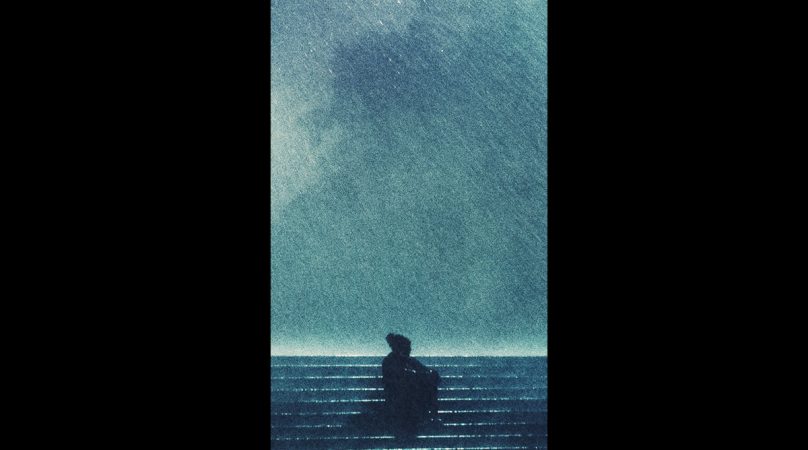 Unless we take a leap, the planet is engaged in a continuous decline. Our production and consumption models are at stake. We are eroding the very foundations of our economies, livelihoods, health and quality of life around the world. And we are doing so in the name of a system that makes the rich richer and the poor poorer, whereas our fundamental wealth doesn’t lies in the accumulation of goods but in the quality of our human relationships. Even in this period of climatic and sanitary emergency, humans are blinded by the promises of a new world, designed by those who are leading us to our demise. Like an infernal and insidious spiral.

Here is the premise that Toulouse, France’s foursome BRUIT ≤ are trying to tell, asking for reflection within a cycle of four soundtrack-shaped instrumentals, a picture-free movie with an unprecedented sensory and emotional power.

At first, the project seemed like a lab for sonic experimentations, but as it goes on, it reveals their constant search for pushing music boundaries. Their music translates into an intense songcraft where post-rock meets electronics and classical instrumentations, at the crossroads of Mogwai, Jóhann Jóhannsson or Clint Mansell. Although such soundscapes and ambiances can sound antinomic, ranging from minimalist sound effects to superb classical arrangements, all their talent lies in this slow build-up that washes over the listener with emotions.

At first listen, you can be drowned under their music’s multiple levels and irradiated by so much evocative power. Then you get carried away by the symphony, in which each movement introduces the next. And it is only once the cycle is over that you grasp the bigger picture and its overall purpose. These architects of disorder, contemplators of ruins and builders of blocked perspectives have elaborated their apocalyptic soundtrack like a Penrose triangle. Like a piece that impedes the laws of music, the soundtrack crafted by BRUIT ≤ combines multi-dimensional patterns that gradually take different sonic shapes. Depending on your perspective, you will see it either an exploration of infinity, or an eternal cycle. As introspective as it is chilling. Especially if we make the connection with humanity’s failure.

BRUIT ≤ can’t be pigeonholed, BRUIT ≤ has to be experienced. “The Machine is burning and now everyone knows it could happen again” is one of these monumental and majestic gems for which we take the liberty of quoting Maupassant: “When I listen to a piece that is dear to me, it seems to me at first that the first sounds detach my skin from my flesh, melt it, dissolve it, make it disappear and leave me, like a flayed man, under the attacks of the instruments. And it is indeed on my nerves that the orchestra is playing, on my nerves that are bare, quivering, that tremble at each note. I hear it, the music, not only with my ears, but with all the sensitivity of my body, vibrating from head to toe.“

It is not what we own that makes us richer, but what we share. And emotions, whatever their form, are the quintessence of it. In this, the music of BRUIT ≤ could be one of the remaining hopes against humanity’s madness. No more, no less.