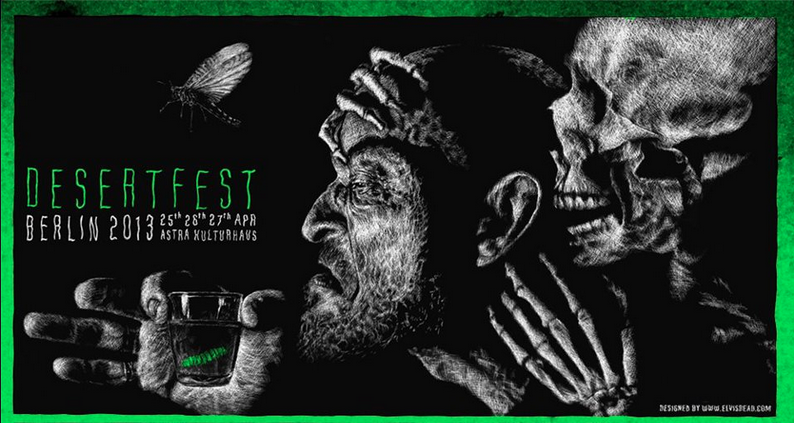 I’ve been blabbering a lot about the British edition of DESERTFEST 2013 (the excitement of being in London in two months is obviously hard to handle). But you must know that there’s also a German edition in Berlin, which has pretty much all the assets to prevent you to know which way to turn, given that the two festivals will happen simultaneously. From April 25th to April 27th, the heaviest and coolest bands will perform in the one of most exciting European capitals. I give you all the information to make your decision.

“Sound Of Liberation UG in partnership with Greyzone Concerts is proud to present the second edition of DESERTFEST Berlin : the ultimate heavyrock – psycho-doom festival !!! 3 days of rock mayhem with 30+ performing acts on two stages, visual arts and hippie market…. the full package nested in the beating cultural heart of Berlin : Kreuzberg, in the famous ASTRA KulturHaus.”

Limited daily passes will be put on sale soon.
You can buy your 3-days pass for 82,50€ HERE