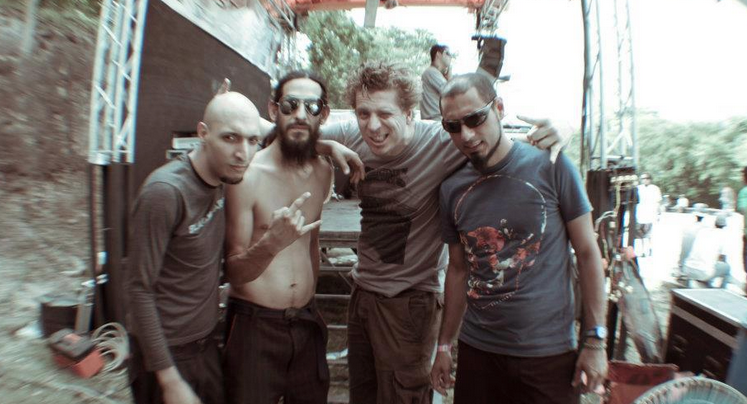 It may sound a little bit narrow-minded, but I don’t know if many people here in Europe are really aware of the existence of a metal scene in Latin America (except when it comes to Sepultura). Well if you’re still reading this page, you’ll soon be enthralled by such news, considering Venezuelan sludge pride CULTURA TRES is on the roll and will soon release their third album “Rezando Al Miedo” and tour Europe. God it feels good not being so self-absorbed for once… (Photo : CT Facebook) 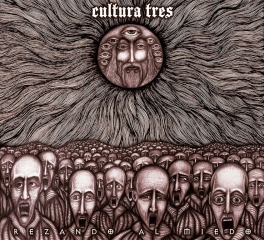 “Rezando Al Miedo” will be out on May 15th 2013. It won’t be very different from the previous record, in that it still depicts the same dark moods and stories, with the same thick and heavy sound. However, it is described as “a journey inside the collective subconsciousness, a walk on the edges of sanity, between the illusive religious relief and acceptance of death as a clear end […] Music explores the harshness of the thrashing roots of the band to the polyphonic movie soundtrack approach that characterizes Cultura Tres. The band has never been afraid to take chances and this album proves it“.

The eight songs were written and orchestrated like pieces of a soundtrack, which will highlight many instrumental parts to make the listener’s mind wander into the band’s world. The album was produced, mixed and mastered by Alejandro Londono and recorded in Cultura Tres studios by Juan De Ferrari and Alejandro Londono.

”Rezando Al Miedo”, will be released on CD in UK by Devouter Records and in South America by the Argentinean label Cumpa Records. The digital version of the record will be available on the same date. 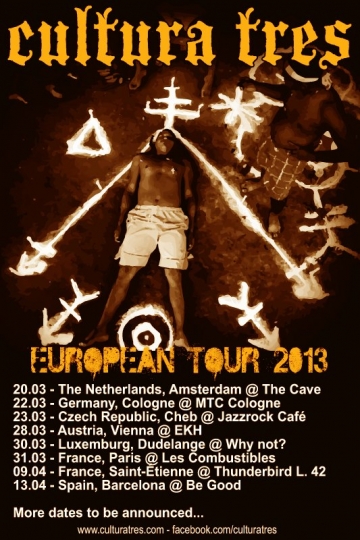