North American music label SMALL STONE RECORDS has been a cornerstone of the stoner/sludge/heavy rock field since 1995, providing a very rich yet handpicked selection of releases. No geographical or artistic frontier would prevent them from getting the most perfect roster. With an ideal combination of well established bands and talented rookies, SMALL STONE carves out its own niche, and amazes each one of us every day. The release of ABRAHMA’s first record seemed like the perfect occasion to go back on the releases that definitely made it to our Top 5 of 2012. 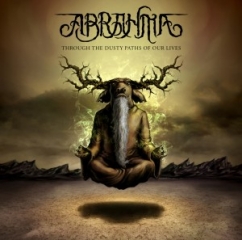 ABRAHMA “Through The Dusty Paths Of Our Lives”

Some album titles are more explicit than any hotline ad. With their “Through The Dusty Paths Of Our Lives”, ABRAHMA made their intentions clear: our first record will be as extended as possible, because we want to share as many life snippets with you. This great abundance of tracks could feel off-putting at first sight, and I must admit that it took me some time to really immerse myself into the record. Its world is morose, quite intellectual and tortuous, yet some catchier songs like the wonderful “Dandelion Dust” or the southern-ish “Vodun Pt. 3 Final Asagwe” allow the listener to get the whole point of the record. The quality here is also undeniable, even though ABRAHMA’s path is sometimes proved to be unequal: the gap between the most brilliant songs and those that would fit more as a background music is huge. At the end of the day, “Through The Dusty Paths Of Our Lives” is similar to existence: you’ll need a lot of persistence and open-mindedness to get conclusive answers. And if you ever follow this motto, then you’ll realize that this sophisticated psych rock/stoner piece is nothing but a good vintage… which just needs to gather some dust onto your shelves. Outstanding track: “The Maze”. 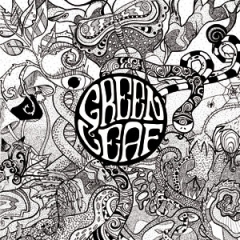 Earth, Water, Fire, Air… GREENLEAF is the fifth element, the ultimate rock catalyst. Made of no less than four members of mythic stoner band DOZER, the Swedish band enjoys the presence of TRUCKFIGHTERS talented frontman, Oskar Cedermalm. In these cold lands, rock bands perfectly know the art of conveying some genuine old school vibes in their music, and “Nest Of Vipers” is definitely one of them. It’s one of these sublime creations that enthuses all senses throughout constant speed and accessibility. From catchy tracks like “Jack Staff” to Deep Purple-esque “Nest Of Vipers (a multitude of sins)”, both the vibe and energy never die away. One should say that Ozo’s charisma has a lot to do with that. GREENLEAF’s viper venom certainly isn’t paralyzing, it’s quite the opposite actually, for it drives you restless. Stoner fans who’re into Swedish bands like Witchcraft or Spiritual Beggars will adopt this record without a doubt. A 200% must have! Outstanding track: “The Timeline’s History”. 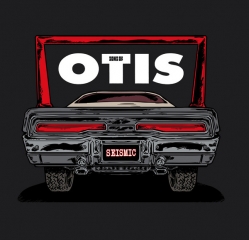 Canada counts a lot of awesome sludge and stoner formations, and SONS OF OTIS latest record has its place among SMALL STONE Top 5 releases of 2012. “Seismic” sounds like a perfect title for this deadly fuzzed out production. These guys deliver something even more devilish than what British maguses ELECTRIC WIZARD do. I don’t have a clue where SONS OF OTIS are really from, but obviously, in Toronto’s catacombs, there is a crypt where some people are busy getting high. The first half of this album (from “Far From Fine” to “Guilt”) offers a pure sludgy and noisy start, recalling of Black Cobra’s Hiroshima-like ear-blowing sound. But it’s only the tip of the iceberg, for under this heap of dirt and despair lies a strong predisposition for psychedelism that will fire your brains: burn, heretics, burn ! Or should I say “shiver”, because the gigantic upheaval that rages until the final “Cosmic Jam” will consume you, until you finally understand that SONS OF OTIS are back, motherfuckers! Outstanding track: “Cosmic Jam”. 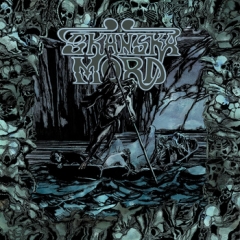 Swedish bands, that’s whom we cherish in the land of Heavy. This one hasn’t been born yesterday, and because its members win over proto rock to put out such a goosebumping and heartening mixture as “Paths To Charon”, then we click “add to cart” in the blink of an eye. Although SKÅNSKA MORD goes heartily in the wake of top-notch psych writers like Deep Purple, their sound tends more towards late 70’s heavy metal. SKÅNSKA’s frontman Jan Bengtsson is a quite impressive master of ceremony, gratifying the band’s genuinely weathered music with a voice marked by experience and hard blows. It’s easy to figure out: the SKÅNSKA MORD guys master the space-time continuum like never before, sending us back to a thrilling era, when emotion and riff sensations counted first. “Paths To Charon” isn’t your average rock or metal album: it’s a masterpiece of the 70’s that will complete your vinyl collections, somewhere between Deep Purple and Witchfinder General. The only thing you can regret is that it only last 45 minutes… Outstanding track : “Lord Of Space And Time”. 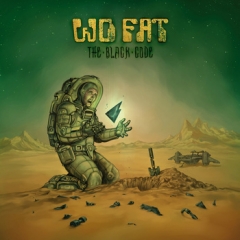 WO FAT “The Black Code”

As far as the South goes, WO FAT is part of it without the shadow of a doubt. They don’t pretend, they just belong to it, and their music is another relevant proof of that belonging – bayou and Jack vapors (sorry for being cliché) included. The successor of “Noche de Chupacabra” is one more delight to add to the southern stoner list. They got the groove: it’s Machiavellian and as thick as a home-made BBQ sauce. They got the fuzz, which matches perfectly with Kent Stump hoarse voice. “The Black Code” is full of five astonishingly spontaneous songs that drag us along with these space cowboys into some acid trip, which reaches its peak on the amazing jam “The Shard Of Leng”. With “The Black Code”, WO FAT succeed in keeping their straightforward heavy blues spirit 100% alive. A slap in the face has never felt that good… Outstanding track: “Sleep Of The Black Lotus”.

Plunge your ears into the SMALL STONE RECORDS catalog, and pick your faves!