After a sludge weekend in Bilbao, what’s better than a stoner friday with stoner legends KYUSS ? Given that tonight is one of their only indoor dates here in France, fans of sandy rock heavy like a monster truck can consider themselves as really spoilt…

I’m doubly spoilt because it’s my first time in the photographer’s pit for a big concert (press pass for ROOM72). So here I am with all leisure to shoot AND enjoy the show, awesome. I make my way between the laid-back and smiley people to check Dutch band TROY TORINO‘s performance. 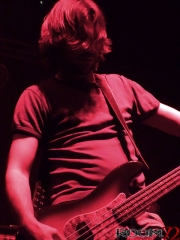 TROY TORINO is : four super motivated musicians and one not-so-young frontman whose presence is undeniable, and they rock ! Their music is half-way between stadium heavy metal and typical stoner riffs, and honestly I’m surprised : when I close my eyes my imagination doesn’t lead me in the middle of desert – looking forward to hear Kyuss for that -, but more in a huge canadian forest where it smells good resin and wild beasts – grizzli like. Stony and solid rock. In addition, they have such a presence and such a contagious enthusiasm – their stoner cover of “Grease” theme is terrific ! -, their performance wins over everyone !

Such a cool opening with a content band that made me want to know more about them and even buy their record, which unfortunately isn’t available at merch store.

It’s time, time for Stoner with a capital S. Time for THE band who created desert rock to prove us they still got it 20 years after they first jammed in Palm Desert. I can tell you their coming is really expected : after they went to Hellfest a few days ago, now it’s time for Bordeaux’ crowd to chant “Ky-uss !!! Ky-uss!!!”. And here they are. Brant Bjork, the fantastic drummer, a lot of hair and a hippy bandana on his head. Nick Oliveri, the bass player from Hell, bald head and long goatee. Bruno Fevery, the mysterious guitarist, and last but not least : John Garcia, prodigy singer, inspiration, incidentally mexican mob’s godfather – for the record I’m just talking about his cold gangster look and attitude -… 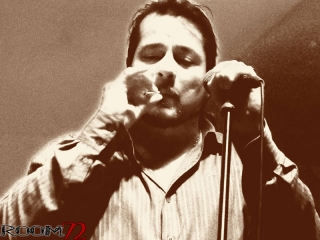 Within 2 seconds, we all disappear from Krakatoa to pop up in South California, in the middle of desert, at night. Stoned atmosphere is set, Oliveri’s subtle bass notes, Bjork’s swaying playing and Fevery’s feline phases drag us into a world full of dust and stars, loaded with joints around the firecamp… “And The Circus…” et “Sky Valley” hits are rocking, I remain gaping by Garcia’s voice which is the same as on the records : his very particular tone, his rage, his feelings are well and truly present despite the fact he is neither a smiley nor a commmunicative dude. The power is here, the man rocks – and he jiggles quite weirdly -. Pics taken, I go back in the pit and I don’t need more than 10 minutes to feel, like everone around me, in a transe. Close your eyes and fly away, sway from left to right, stamp your feet on the ground like it would crack, wipe a thick tear on “50 Million Year Trip”‘s solo, that’s how you feel with KYUSS LIVES…

Just when I thought it would be a short one-hour gig, the band keeps on playing louder with a brilliant encore and two classics from “Blues For The Red Sun”. That is when the last drum beat sounds that John Garcia finally talks to us and say “Thank you now, seriously” like “hey it’s over now, O-VER”. 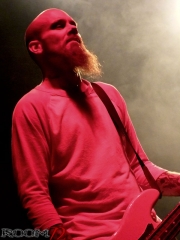 This gig was an awesome gig : despite the band’s lack of communication with the audience, the sound was excellent and KYUSS LIVES ! delivered a perfect performance, definitely worthy to the legend they are. 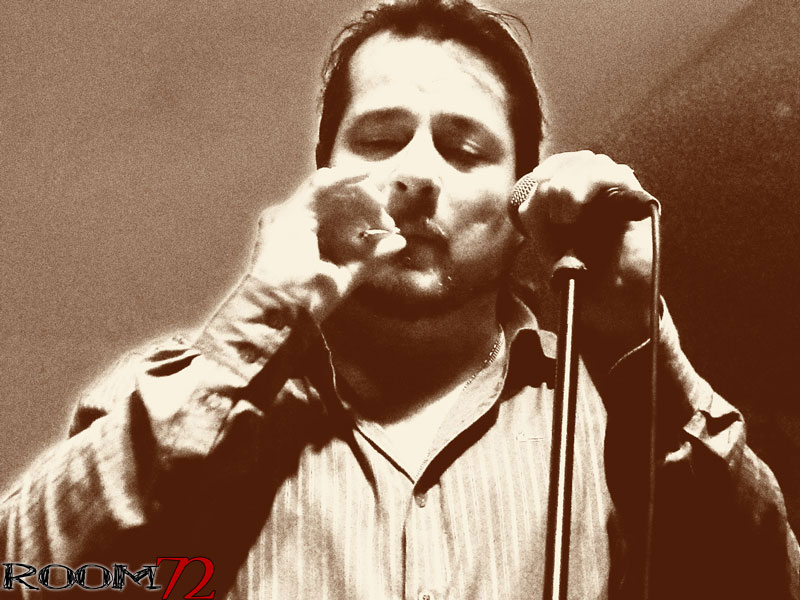