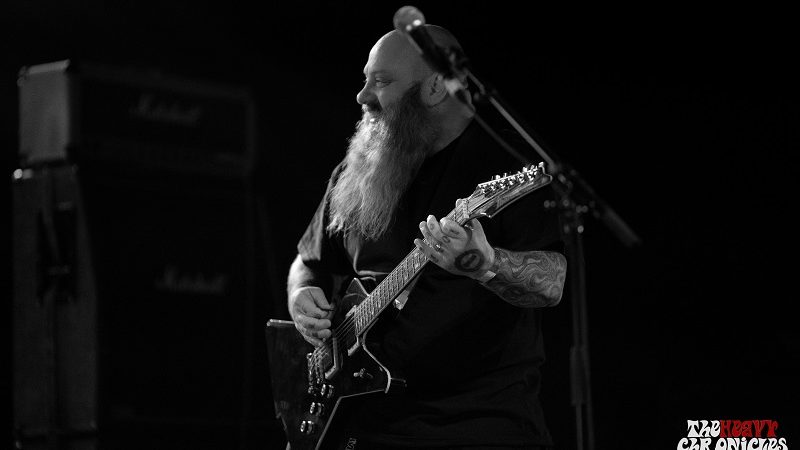 Third and last day at DESERTFEST BERLIN. While most festivals I’ve been to are uncomfortable by nature, almost by design, this one is starting to fit me like a cozy old slipper. It’s going to be hard leaving Berlin behind, but it still has enough aces in its sleeve to send us off in style. (PHOTOS: Jens Wassmuth)

DESERT STORM leads the charge with frontal, uncompromising stoner rock. The growlish singing puts me off, and there’s not much in the way of originality or groove to pull me back in. This early in the day, I’m not quite ready for such a brutal occupation of my sonic space – and I start to imagine what the actual Desert Storm operation felt like from the invaded’s point of view BLACK PUSSY is up next on the main stage, preceded by widespread outrage about their rather unusual (some may say insensitive) denomination. The music itself is much less controversial – good ol’ vintage rock with hints of the California desert sound – and, actually, on the verge of tedious. 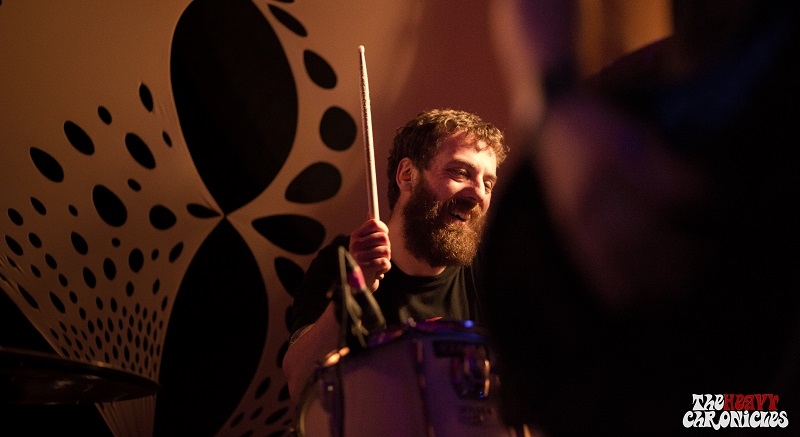 The freaky Philadelphia trio STINKING LIZAVETA, brings proof that an eye-catching band name is worthless, if you don’t have the ear-catching music to back it up. Fortunately these guys have both, and two decades on the road have not dulled, in any way, their excitement of being on stage. Propelled by irresistible energy, their « doom-jazz » is delightfully weird. And that blue-haired drummer lady packs a hell of a punch! Then, we’re off to a much quieter vibe with Sweden’s ASTEROID, returning from a two-year hiatus. I’ve heard nothing but good things about their bluesy, psychedelic groove on record; but the trio’s live performance may be a little too relaxed. Their improvs are far from impeccable, they interact off-the-mikes with the crowd (be in the first five rows or be squared!), and a result the main stage feels somewhat too big for them. Still a pleasant introduction to their music, though. 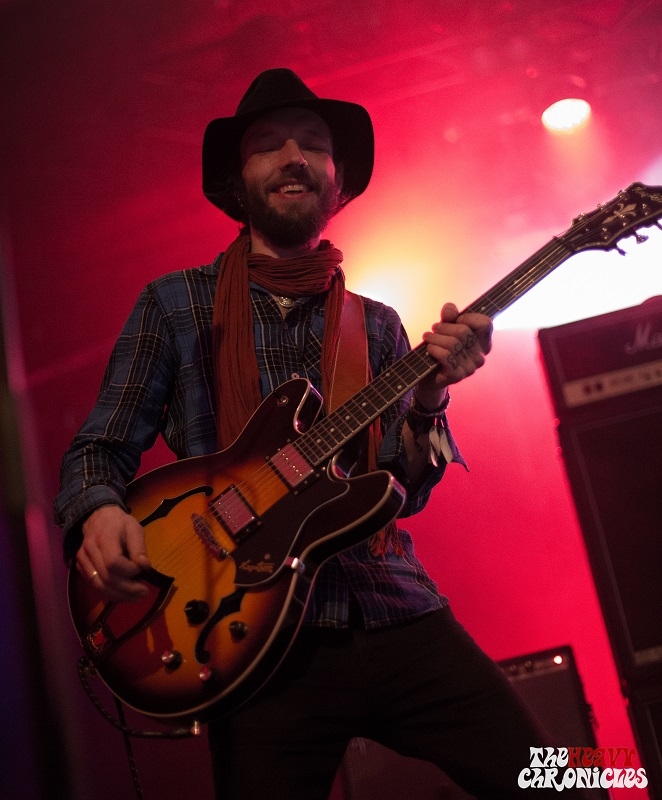 Up next, the lean-and-mean KALEIDOBOLT deliver a much-needed shot of adrenaline to the Fest. When guys can pull off a cover of Led Zep’s « Moby Dick », it tells you what you need to know about the power that they can summon as a band… and the amount of ass that their drummer kicks. Next time, make sure you don’t fly over Finland on your quest for top-notch Scandinavian retro rock! And, should you ever drive across the Midwest in search of fuzzy, bluesy groove, I recommend making a stop in Fargo, North Dakota – the unlikely headquarters of all-around badasses EGYPT. I could try to (inappropriately) sum up their music in words, but later that day during our interview with guitarist Neal Stein took that burden off my hands. Simply know that on stage, Egypt delivers the heaviness, melodic drive and sincerity that so many of us love on record – and then some.

Desertfest Berlin is now ripe for the triumph of die-hard instrumental prog-rockers ROTOR, here at home to promote their latest release « Fünf ». It was widely acclaimed as their heaviest and most inspired album to date – which, after 18 years of existence, is an impressive feat of artistic stamina. Their rendition of the album’s many highlights (plus a few oldies such as « Costa Verde ») may not be flawless, but the superior quality of their songwriting leaves room for a small margin of error. It’s my second biggest slap in the face after Elder (I always turn the other cheek), but this time around, I don’t get to chill and recover from it – the Egypt interview is up! When I return, the Foyer is more crowded than ever – folks crammed as far as the toilets and exit doors in the hope of getting within earshot of GREENLEAF. My chances of elbowing my way to a decent spot being close to zero, and having already written about the awesome Swedes on this blog, I decide to let others have the time of their lives! 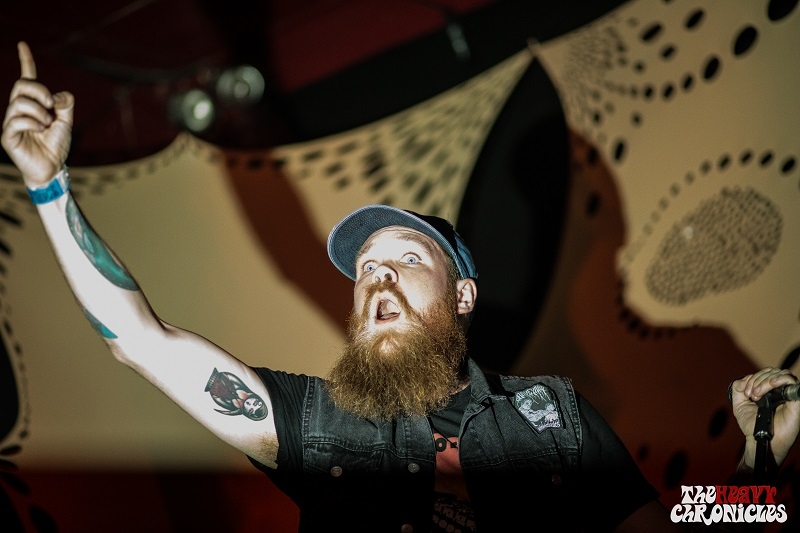 I walk back into the Kulturhaus for one last waltz, not really knowing what to expect. After some years spent in the stoner/doom scene, I still haven’t crossed path with the strange New Orleans beast known as CROWBAR, brief encounters on record had left me puzzled. Yet my doubts are quickly shattered by the raw power of the band’s performance. There’s a stark contrast between the intense pain that transpires from the music, and Kirk Windstein’s obvious joy of being here, after 9 hours spent at the customs (!) and many miles of reckless driving to make up for it. Oh, the darkness! So deep that it becomes an art form. That’s the ancient power of the blues for you: the best outlet for angst and despair ever made. Kirk howls and growls about feeling miserable for over an hour, and we all (himself included, I believe) come out of there flashing a big grin. Oh, and that « let’s–see-who-can-do-the-best-Led-Zeppelin-cover » thing that had been going on for three days? Crowbar just ended it. Sorry, guys.