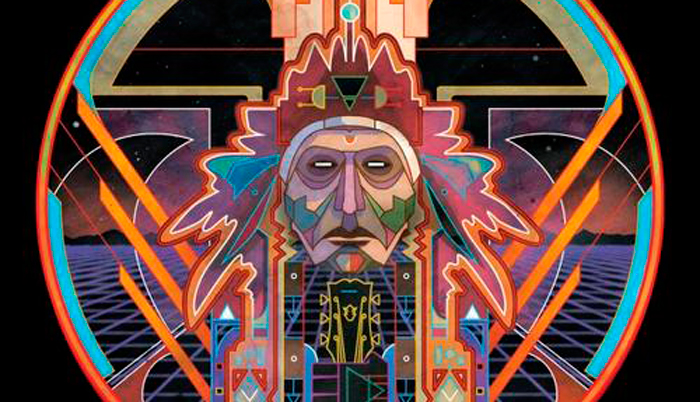 It’s here! the new album of CLUTCH is finally out! I wouldn’t be too risky if I’d maintain that “Earth Rocker” has been one of the most anticipated releases of 2013 and one of the most dazzling, rock’n’roll and straightforward records the band ever made. 23 years later, their energy seems anything but tarnished, so the band picked everyone up for a hectic ride that feels like a last day on Earth getting crazy with a bunch of great friends. A record has never had such an appropriate title, inasmuch as these four fellas are ingrained in real rock’n’roll. “Earth Rocker” is a juggernaut, a demonstration of CLUTCH’s spirit and greatness, a guarantee of their genius. It’s no time for farewell yet…

Reminder. CLUTCH has remained one of the most solid rock bands since the 90’s : same lineup, four heavy hitters, no tricks. They went through a few music stages but the guideline has been unchanged through the years : heaviness, ingenuity, CHARISMA. Following trends? Being put in boxes? Nope. CLUTCH have always lead their own way (whether you’d like it or not) with as much love and conviction as possible. I mean, there are good reasons if many of us consider this bearded genius Neil Fallon as a living God : he already got us into it cult. Blues rock, southern rock, stoner rock… Drop all the labels for this tenth record : CLUTCH plays fucking living ROCK’N’ROLL, period.

After the first single “Earth Rocker” was released, you probably thought it was only a power single, the catchiest song which is chosen to promote a record. You were wrong. THE WHOLE RECORD is as catchy and powerful! In second position, “Crucial Velocity” is the perfect blast off, thanks to Jean-Paul “fastest in the lane” Gaster who makes the temperature rise on drums, and Tim Sult’s mind-blowing solo. At that moment, we remember the guys toured with Motörhead in 2011. No random fact here…

Quite far from the blues rock the band used to play on the previous records, “Earth Rocker” is nothing but a thrill : the heartbeat fastens, the fist hits instinctively the table, the neck gets loose on the feverish and furious rock sound. Don’t you expect the pace or groove to flag, even if the band sometimes try to temporize by getting down on some more southern “Blast Tyrant” like atmospheres (“Mr Freedom”, “D.C. Sound Attack”). Relentlessly, our favorite master of ceremony Neil Fallon declaims his lyrics in a very explosive way. 20 years singing, and he still rocks the mic with ardor.

Talking about ardor, the song, sorry THE song “Gone Cold” is so good, it will probably make a few people faint (especially the ladies). This bluesy low tempo (the only low tempo on all the record) is based on a bass loop and Neil’s deep-low voice. The fire is crackling, the cowboy gets a piece of paper from his pocket, grabs his acoustic guitar on the side… The magic happens. Undisturbed. What’s next? Booooooom!!! A handful of heavy, sexy and vibrant songs to conclude the record from “The Face” to “Oh Isabella”, until rock climax is reached on “The Wolf Man Kindly Requests…”. Daaaaamn, they can’t do that to us, they can’t end the record on such a crazy note! What ’bout me, now? I’m half-possessed, disheveled, in a hooligan kind of mood… What am I gonna do?… SIMPLY PRESS REPEAT. 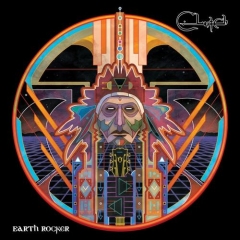